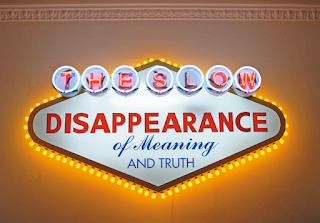 Part 1: Are We Really in a Post-Truth World?

I was discussing the possibility of the idea of post-situationism last week when visiting a colleague at Huddersfield University and later reiterated the conversation to Tina Richardson. She asked me how this might fit into to the current concept of post-truth and invited me to write a guest post for her blog. This post is in two parts that I have set up in question form:

Part 1: Are we really in a post-truth world?
Part 2: How can we challenge ‘truth’ today?

It wouldn’t be a stretch to say that post-truth was the word of the year in 2016, not least because of its new dictionary inclusion. But, these kinds of phrases are always problematic when taken up into media discourses, because eventually they begin to self-deconstruct, although one could say that is a positive side-effect. In the West at least, we can all recognise the major socio-political shift that took place in 2016, nevertheless post-truth is not really new and doesn’t herald a new cultural epoch, despite the seismic shift we all feel has befallen us. Post-truth sits perfectly well into the concepts that, as theorists, we situate within postmodernity. One only needs to pick up a text by Jean Baudrillard to understand that the grounds for post-truth have been being built on for many decades. We don’t even need to look at his 21st Century texts to find the seeds of post-truth, because he set it out neatly for us in his formulation for the simulacra (levels two, three and four) in 1981:

Feel free to choose any of the above to apply to a specific situation you are attempting to analyse under the rubric of post-truth!

We can also look at the significant work that Michel Foucault has carried out in regards to truth, power, knowledge and discourse to understand that truth has no bearing on something that can be considered absolute, or real, in any sense at all. In regards to the semantics of a specific instance, ‘truth’ is not a function of the words and sentences themselves, but the whole network of factors which form that specific utterance in the propagation of a specific statement (for example a media announcement - as it would have been for Donald Trump on Thursday 16 February 2017). These statements exists through a form of appropriation and are legitimised through the utilisation of the forces that exist in an event-like state around them. For Foucault “a true discourse engenders or ‘manufactures’ something that does not yet exist, that is, ‘fictions’ it” (1980: 193). There we have it! We are not in a post-truth period at all, it is simply that the very concepts that underpin postmodernity have just reached critical mass and have finally been recognised on a quotidian level.

But…..whether you believe that post-truth is a new or even ‘real’ thing doesn’t change the fact that we sense that something has shifted to a very significant degree. So, what does this also say about how we can question the current climate of alt-facts? I will be covering this in the next part of the post in regards to deconstruction and post-structural theory