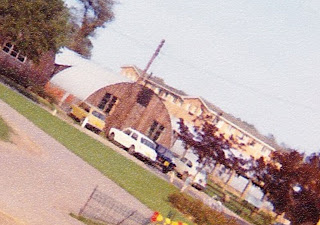 
Before leaving the house, to head back to Leeds Railway Station, Tina successfully managed to cajole me into being the nth donor for the GoFundMe page for medical costs for the elderly Sister Moonshine and, irritatingly, insisted on walking me to Horsforth train station, pointing out all the "architectural phalluses" on the way!
Posted by Particulations at 10:23 No comments: