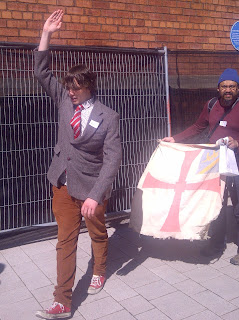 ...into the bowels of the Parkinson Building at the University of Leeds. To the university's secret place: the cemetery. And even into Ellie's bedroom in the Henry Price Halls of Residence!


We met E.W.D. Hurst on the iconic Parkinson Steps and were given our special exploration pack and a new name: 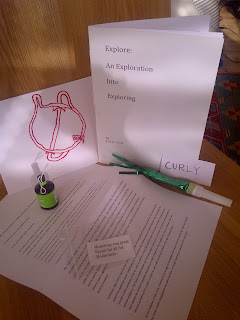 We had all responded to a call out for intrepid explorers and turned up on the steps with our "pocketful of dreams" (E.W.D. Hurst) ready to brave the hazards, hidden dangers and lurking monsters secreted away in the nooks and crannies of the campus. And, of course, to be impressed by all the extras who had been placed around the campus in order to make it appear authentic. As you can see in this photograph of actors in the cemetery pretending to enjoy the sun after a hard week of exams: 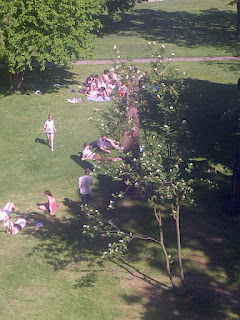 We even had special pop-up actors - not extras because they had speaking parts - who pretended to be research fellows from the geography department. This one called himself Andy Turner and while it looks like he is wearing a tablecloth, it is the original flag from the first North/South pole expeditions... apparently: 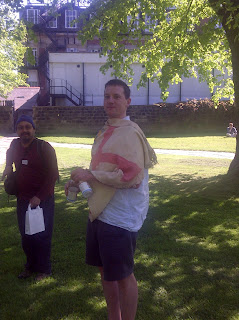 Our exploration took us to a number of artworks around the campus. Some by the BA Fine Art students, but also some by guerilla artists. The image below shows us looking at a pop-up gallery in the Brotherton library, and below that is one of the more spontaneous installations: 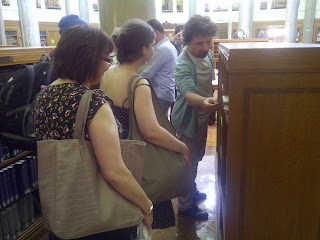 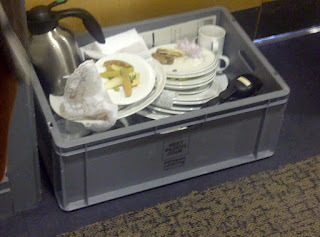 We had a great afternoon in the sunshine with the entertaining and enigmatic E.W.D. Hurst and also met a fabulous group of people all with pseudonyms which our leader, amazingly, seemed to remember. We got to blow whistles, set off party poppers, applaud random groups of people and had a thoroughly good time!


This is Curly Richardson, at the university, signing off!

Posted by Particulations at 16:52 2 comments:

Richardson and Robinson in Ruins 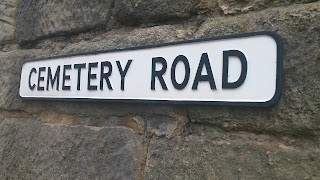 Patrick Keiller's follow up to Robinson in Space, Robinson in Ruins, came out in 2010. This time narrated by Vanessa Redgrave, it gave me the opportunity to make a homage to Keiller based on my research in St George's Field, the cemetery at the University of Leeds. This film is re-appropriated from the trailer for Keiller's film. Please click below to see both.
The University in Ruins
Robinson in Ruins
Posted by Particulations at 11:32 No comments: