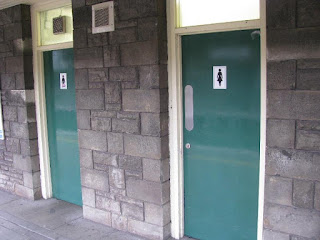 “It is Freud’s discovery that gives the signifier/signified opposition its full scope: for the signifier plays an active role in determining the effects by which the signifiable appears to succumb to its mark, becoming, through that passion, the signified.” (Lacan 2002, p.274).

This blog introduces Lacan’s theory of sexual difference by using his ‘anecdotal’ example of urinary segregation. It is available here to use as a study tool. 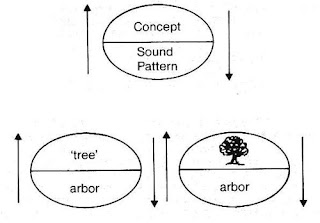 The above image is Lacan’s topography of the unconscious (Lacan 2002, p.141). Note the similarity with Saussure’s, to whom Lacan attributes it. However, Lacan demonstrates the importance of the signifier by reversing the hierarchy here in his own algorithm. The signifier, the unconscious, cannot be a true representation of the signified, because no direct exchange exists. 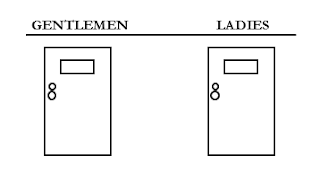 This is Lacan’s illustration of “urinary segregation” (Lacan 2002, p.143). Lacan’s anecdotal graphic demonstrates how “the signifier in fact enters the signified” (2002, p.142). His aim here is to show how the signifier becomes materialised in reality. His example is based on the traditional “faulty illustration” (ibid.) but here he uses associated binary terms. Lacan explains that from the train windows the children in his story experience a different physical perspective due to their seating arrangement: the boy believes they have arrived at “ladies” and the girl at “gentlemen” (2002, p.143). So, what in fact is happening for Lacan is that the railway lines represent and actualise the bar in Saussure’s model, becoming “a barrier resisting signification” (Lacan 2002, p141). Thus, the real signifier here (the toilet doors) creates for the children an ideological binarity positioning them in opposing domains (Lacan 2002, p.144).

Related Links:
On Knowledge and Phalluses