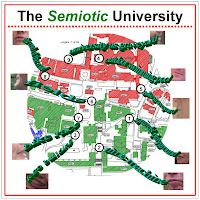 "The city is a discourse and this discourse is truly a language: the city speaks to its inhabitants, we speak our city, the city where we are, simply by living in it, by wandering through it, by looking at it." Roland Barthes

The above schizocartographic map is a collage of a walk that took place on the University of Leeds campus on the evening of 23rd June 2011. The walk was run by Gerry Turvey, with assistance by myself: two walks took place, each one led by one of us. This map reflects the walk led by Tina.

It was a random exercise in urban exploration (developed from an idea by the German choreographer Thomas Lehman). It required a small group of people, a willingness to have fun, and a sense of imagination: a series of timed walks, followed by short interventions of fantasy from participants. Most of the participants were from Leeds Psychogeography Group and/or the university. 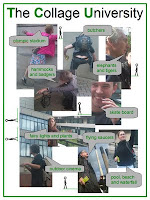 The above image is a collage of a walk that took place on the University of Leeds campus on the evening of 23rd June 2011. The walk was run by Gerry Turvey, assisted by myself: two walks took place, each one led by one of us. This image reflects the walk led by Gerry.

It was a random exercise in urban exploration (developed from an idea by the German choreographer Thomas Lehman), requiring a small group of people, a willingness to have fun, and a sense of imagination: a series of timed walks, followed by short interventions of fantasy from participants. Most of the participants were from Leeds Psychogeography Group and/or the university. 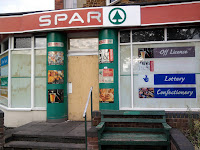 The above film was shot with a Microsoft sensecam and the camera visible in the film is a Lomo Diana F+
Posted by Particulations at 09:34 No comments: 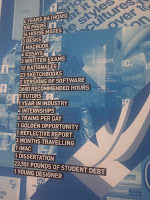 (de)Constructing the University of Leeds 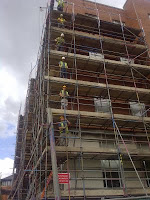 I caught this image by chance while outside the Student Union at the University of Leeds last week. I wish I could say I managed to choreograph the construction workers into this position for the purpose of the aesthetics of my photo, but they were already situated thus because they were passing metal poles up to each other.

I did, however, ask them if I could take a photo and they all stopped and 'posed' momentarily. Unfortunately, I couldn't get the man on the ground in the shot at all, and also chopped the man at the top's head off. The image reminds me of the ITV ident Snakes and Ladders
Posted by Particulations at 08:41 1 comment: 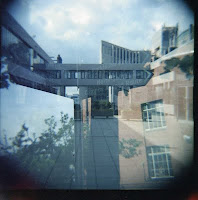 These Lomography images were taken in May on the University of Leeds campus. These are my two favourite images of the day taken with my Diana F+. Although it isn't clear what's going on in the above one, it is a superimposed image of the Roger Stevens Lecture Theatre and a campus signpost and the buildings behind it. I think it produces a slightly uncanny effect whereby you can't work out what buildings belong to what image. Also, the signpost is in such a place where it looks like the beige building on the right is abutted to the grey concrete building in the background. 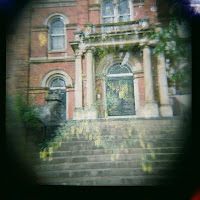 This image is also superimposed. It is of the Clothworkers' Centenary Concert Hall (what used to be the Presbyterian Church) and a lovely tree nearby that was in bloom with yellow blossom. The effect is of golden light emanating from the church door, which is interesting from a religious perspective, even though it wasn't my intention. 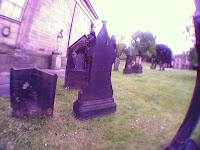 Here are some recent images I took of St George's Field, what was Leeds General Cemetery, on the University of Leeds campus. The above one was taken with a sensecam. And the following two, black and white, were taken with my Diana F+. 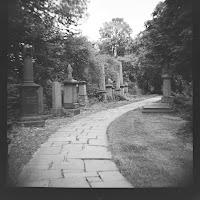 The above image is the best one that I took with this film. One of the reasons I like it is because it looks like an old photograph, but was actually taken in May 2011. Why I like the image below is because the young man is challenging the traditional use of space by using the base of the Henry Price Halls of Residence - made from the original cemetery wall - as an object to traverse. 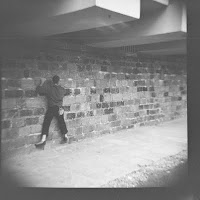 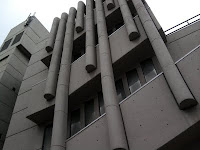 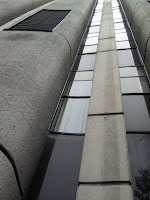