From the Scaffolded Shoulder to the Cold-Shoulder: A Semiology of Acromion Fashion (1) 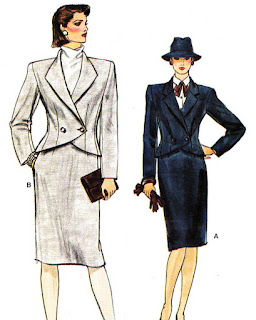 When I read in a fashion magazine that the accessory makes springtime, that this women’s suit (of which I have a photograph in front of me) has a young and slinky look, or that blue is in fashion this year, I cannot but see a semantic structure in these suggestions: in every case, and whatever the metaphorical detours taken by the wording, I see imposed upon me a link of equivalence between a concept (spring, youth, fashion this year) and a form (the accessory, this suit, the colour blue), between a signified and a signifier. Roland Barthes The Language of Fashion

In 2016 the ‘cold-shoulder’ presented itself as a popular fashion that turned the original meaning of the idiom into something else entirely. If the phrase implies ‘to ignore someone, to turn your back on them’, what does the cold-shoulder style mean? In this blog I will be working through some ideas around the semiology of the ‘cold-shoulder’ by comparing it to the ‘scaffolded shoulder’ (my term) of previous fashion moments-in-time. This post will function as a basis to a future article that I will be submitting to a fashion journal.

In Roland Barthes’ quote above, he suggests the relationship between the semantics in fashion articles and that of the sign inasmuch as it is made up of the signifier and the signified. He explains the relative ease in which one can analyse the language making up the words of an article, but how much more difficult it becomes when one is trying to analyse the images themselves when it comes to the generalised descriptions supplied by the writers. Barthes says that the description often does not point to any singular sign in the images displayed therein: what he calls “demonstrative links” (2013: 40). He describes himself as a kind of detective in this regard, someone who has to decode words like ‘smart’, ‘casual’ or ‘elegant’ by trying to analyse what it is in the actual image itself that may denote these terms (ibid.). In this post I shall be playing detective in regard to analysing shoulder embellishments, or the lack thereof, by situating the respective looks culturally and historically and using Barthes’ semiological system (in particular his second-order of semiology, the connotative) as a way to shed some light on the shoulder phenomenon in fashion. 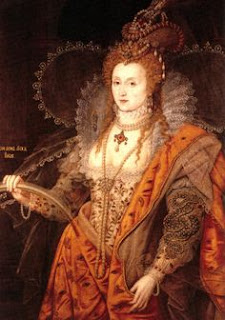 It is likely that in postmodernity we associate exaggerated shoulder styling with the 1980s, but if we go back as far as the Tudors we can see that padded shoulders and ‘leg-of-mutton’ sleeves served to broaden the top of the body. This functioned as a way of creating a sense of presence because important people, especially aristocracy and royalty, literally took up more space in the room. On this subject of status, Barthes remarks on the historical inventories taken during the Renaissance:


these inventories are veritable lexicons, linking vestimentary systems very tightly either to anthropological states (sex, age, marital status) or to social ones (bourgeoisie, nobility, peasantry, etc.), but it is clear that this sort of lexicon of clothing was possible only in a society which was starkly hierarchical, in which fashion was part of a real social ritual (2013: 21).

We might not live in such a “starkly hierarchical” cultural epoch today, but clothes still denote many things in relation to power and social status, as was the intention of the power suit, for both men and women, in the 1980s.

The above image is of a 1980s Thierry Mugler suit for women. Not only are the shoulders padded but the blouson effect of the upper part of the suit (wide upper arms, bust and narrow waist) give the effect of width, echoing the culturally idealised male body that forms a V-shape. This masculine-looking women’s suit reflects the 1980s ‘power-dressing’ in regards to the socio-political work culture of the day, a style that we can also see in the popular culture of the time, such as in the film Working Girl (Mike Nichols 1988).

So what would Barthes say about this power-dressing phenomenon? A very significant observation he makes is the mistake of attempting to unpick the separate elements of an outfit in order to decode it. He says:


The major difficulty in the analytical deciphering of ‘everyday’ clothing is its syntactic nature: the signified is only ever expressed in this regard via signifiers ‘in operation’, meaning is an indissoluble whole that tends to evaporate as soon as one divides it up. (2013: 28).

Nevertheless, he says that once a fashion item is presented as an image in a magazine, then this initial difficulty is overcome because “signifieds are separated a priori from the signifiers” (ibid.). By this he means that the signified is given to you in an open and straightforward way through the description supplied to you in the text that supports the image, for instance: ‘a cocktail dress’ or ‘a summer blouse’. So, if we are to take Barthes’ advice, we should not just look at the shoulder embellishment but the overall impression of the power suit and what it is telling us.

Let’s take the women’s suit as our example. I have already alluded to the social hierarchy expressed in dress in regards to Tudor attire. But, today we live in a time when clothes are cheap and we can all recreate a look that, to a degree, can conceal or enhance our social status. We no longer live in feudal times and, while there is still much inequality, more people than ever are able to afford fashionable clothes. The 1980s women’s suit made a statement about equality in the workplace through the process of mimesis, imitation. Women believed that if they ‘looked like men’, they would be treated as their equals. And, the padded shoulder was key to this look which gave women a physicality of presence: they took up more space in the room, and this time the room was not the royal court but the boardroom!

In Part 2 I will be looking at shoulder embellishment in regards to technology.