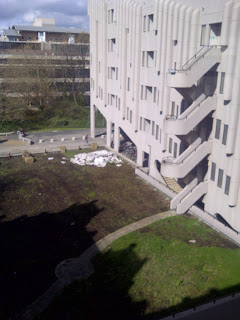 The 1960s campus development by Chamberlin, Powell and Bon (CPB) was the fourth of four main architectural moments for the University of Leeds. These periods had different architects (both in-house and hired ones) attached to them, were situated in different periods and had styles that were distinct from each other, both in design and often in the material used. The university inherited the Yorkshire College redbrick buildings from prior to its 1904 university charter, although still continued to use the terracotta bricks on occasion, as can be seen in the Beaux-Arts style Brotherton Library, completed in 1936. The campus site was redeveloped in the 1920s with Art Deco influenced buildings, often containing neo-classical elements like the Parkinson Building, and mostly made in Portland Stone, although not exclusively. While some of the previously planned buildings were not actually finished until after the war, it is clear from their style they emanate from the 1920s and 1930s, rather than their period of completion, sometimes the 1950s, as is the case with the Parkinson Building. The Parkinson Building is the iconic building associated with the University of Leeds (see image below). It appears as if it is the entrance to the university itself but was actually designed to be the entrance to the Brotherton Library and it is thought that the modern look of it would hide the, then considered, old-fashioned redbrick library behind it. 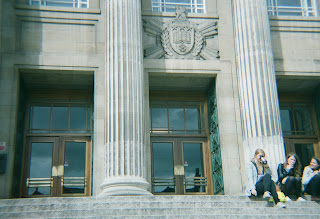 The 1960s and 1970s development, overseen by the in-house architect Geoffrey Wilson in conjunction with CPB, introduces what is considered by many to be Brutalist architecture, a term coined by the the education building architects Alison and Peter Smithson, although its ideas are oriented in Le Corbusier. At the University of Leeds the Brutalist architecture is manifest in the typical materials of concrete, glass and steel, epitomised by the Roger Stevens Lecture Theatre which now has Grade II listed status (see first image). On the campus itself, these differing architectural periods are buffered up to each other, creating both an interesting and aesthetically challenging dynamic which makes the space have a heterogeneous feel in its spatial representation. The challenge for the university and CPB, then, was manifold and included such problems as creating a holistic and cohesive campus, offering a look and feel that would signify the vision of a new university, and to do this within the scope and limitations set by both the university and the city itself. This holistic approach to the space and architecture is one of the qualities that Chamberlin, Powell and Bon were known for, and ultimately became one of the functional aspects of the new university campus at Leeds: "A university should have a sense of wholeness which is not fostered by segregated planning." (Chamberlin 1969: 3) 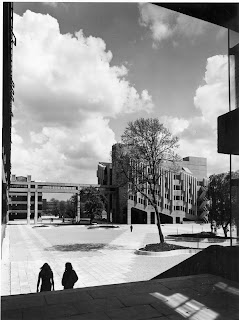 The second Development Plan (1963 - the first was published in 1960) concentrated on the area around what came to be known as Chancellor's Court and its surrounding precinct (see above image). This included departments for maths, science and also administration buildings along with what became the Roger Stevens Lecture Theatre, although the final design of the theatre differs greatly from the one that appeared in the plan). Such was the significance of the hiring of CPB for this project, that the two Development Plans became significant documents in their own right on an international level. And, William Whyte in his article 'The Modernist Moment at the University of Leeds, 1957-1977' (2008), even includes mention of these plans in his abstract, stating "The Development Plan also highlights the way in which architects of the British modern movement used universities as laboratories in which to experiment with ideas about community and proper urban design." (2008: 169) Having previously completed the famous Golden Lane Estate, along with the nearby Barbican complex in London (which included a school) and also two other schools, CPB themselves were seen as the architects du jour, and these development plans became a kind of 'blueprint' for the modern university. 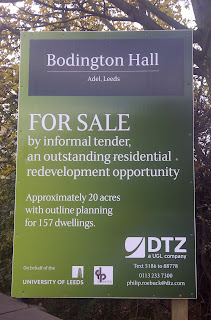 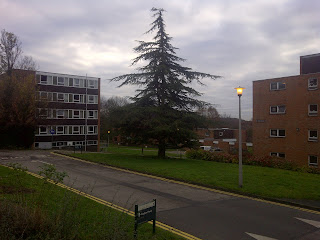 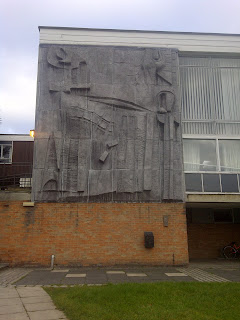 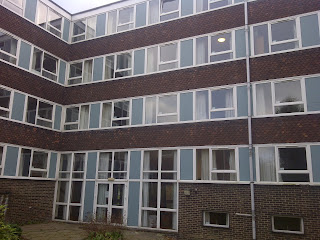 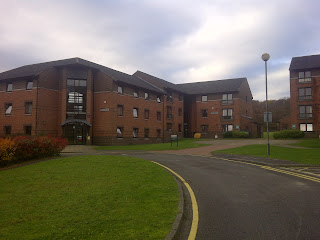 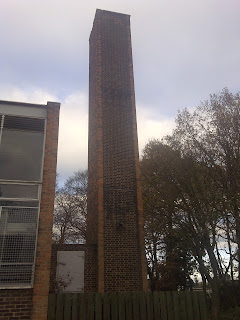 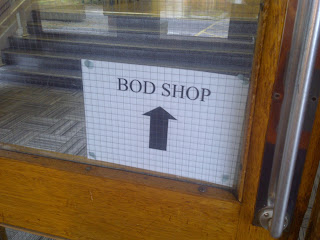 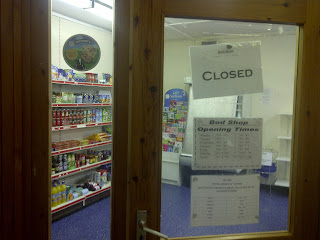 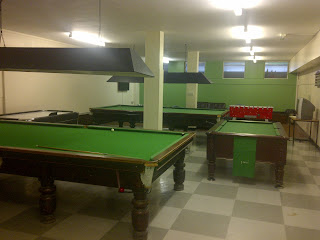 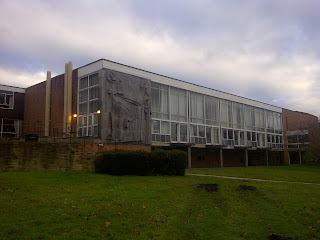 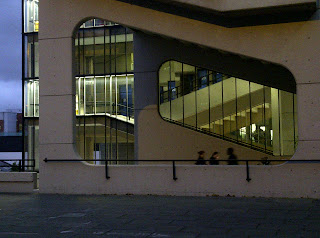 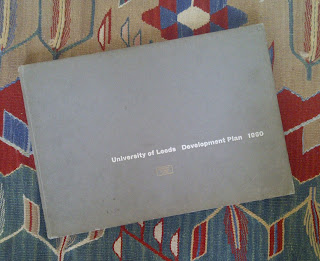 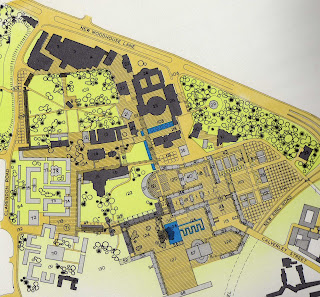