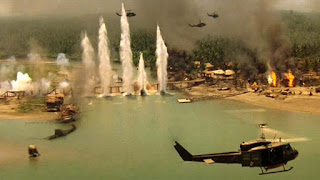 This blog is the third and last in a series of film studies blogs that I wrote during my own Cultural Studies BA at the University of Leeds. I have loaded them here as a teaching aid. Please click on the links below for the other two blogs:
Framing the Russian Ark
Clockwork Orange

Abstract:
This essay looks at how Vietnam is portrayed in popular culture by using the example of Francis Ford Coppola's Apocalypse Now (1979). The Vietnam war was described as ‘the first television war’ and ‘the first postmodern war’ and while modern technology made readily available images of war for those at home, over time subsequent imagery from the multiple films made about the war have become conflated with war footage. This essay provides an example of mediated representations of history through the examination of the scenery, characters, politics and production of the film.

Extract:
Apocalypse Now is known for its surrealist format: “it is a dream, a baroque dream of napalm and of the tropics, a psychotropic dream” (Baudrillard 1994, p.59). The film begins with the haunting sound of The Doors song The End (appendix 3, p.10) which echoes the reflexive element of the film. In a way Willard has already taken the journey, he took it in his hotel room in the opening scene. It is not necessary for him to actually go down the river: the journey is symbolic. In the same way the war itself was not 'necessary' and was carried out for a whole host of reasons other than the ones presented to the public. The beginning of the film is the end of the film because, as Baudrillard explains, the film and the war are actually about “the reversibility of both destruction and production” (1994, p.60).

Click here for a full downloadable pdf of the essay:
The Vietnam War on Perception
Posted by Particulations at 11:39 2 comments: 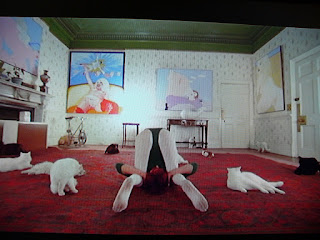 Click here for a full downloadable pdf of the essay: Once Upon a Time
Posted by Particulations at 13:51 No comments: 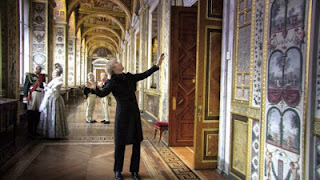 Here are the other blogs in this series:
Lacanian analysis of Clockwork Orange: Once Upon a Time
A political critique of Apocalypse Now: The Vietnam War on Perception
Posted by Particulations at 08:59 2 comments: