When I worked in Trafalgar Square in London, I loved to visit the National Portrait Gallery. In the 1990s I remember working my way through its floors. I did one floor per week. It was a walk through history in terms of portraiture. At the time my favourite portrait was Giovanni Boldini’s Gertrude Elizabeth (née Blood), Lady Colin Campbell (1894) (below). She was an art critic, journalist and socialite and had a troubled marriage, plus much scandal surrounding her (mostly of a misogynist nature, it seems). I like this portrait as I think there is something defiant in her gaze.

This short post is a quick look at the way the chiffon is represented in these paintings and the effect I think it has on the subject of the painting: the women in these portraits. It is a style coined by Walter Richard Sickert: ‘wriggle and chiffon’. 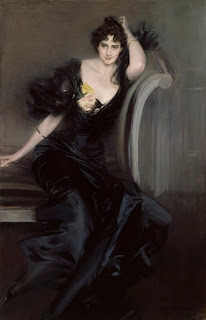 Boldini was also known as ‘the master of swish’ which clearly lends itself to the movement in the chiffon, the ‘wriggle’ side of it clearly making reference to the female body that resides within it, although I am guessing that Sickert isn’t using this term in a positive way at all. There is something of an ‘illustration’ style to Boldini’s portrait, which makes it somehow familiar to us. You might expect to see this in a magazine rather than on the wall of a stately home. 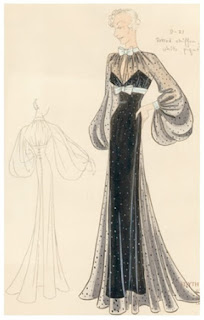 While the above image is from many years later (late 1930s), and is a design illustration rather than an oil painting, you can get a bit of a flavour of what I mean. In Boldini's painting the dress is a pretty important component of the image. One might say that is the subject of the painting. However, I see the dress rather more as a vehicle to help represent the subject of the painting (Lady Colin Campbell, herself).

Also, of the ‘wriggle and chiffon’ moment is John Singer Sargent. Below is his portrait Lady Speyer (1907). He was also put under scrutiny by critics, with Roger Fry stating that it was a surprise that his work had been “confused with that of an artist”. 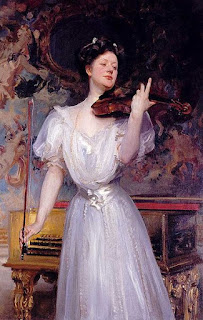 I think these critics, in their disregard of this moment in the representation of women’s dress in portraiture, have missed the point entirely. The painterly way the brushstrokes free the chiffon - indeed its ‘wriggle’ when it comes to life when being worn by the subject of the portrait – is what gives life to the image and the wearer of the dress!
Posted by Particulations at 15:42 1 comment:

Fa-Fa-Fa-Fa-Fashion!: 'What academics put on their office doors (and why)' 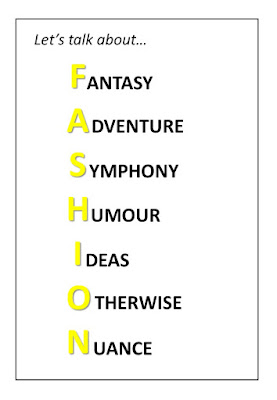 I read this article in Times Higher Education magazine - 'What academics put on their office doors (and why)':

"Lecturers who fancy themselves as creative types adorn their doors, any available pinboards and wall space with exhibition posters, their own artwork and a studio-standard black and white image of themselves. Or the very, very important scholars, who advertise their books, provide copies of their journal articles in a special door-pocket, and may find a moustache has been drawn on their impressive visage glowering full-size from a finely framed photo”


...and I have created my first door notice (above) for when I start at the Manchester Fashion Institute on Monday 18th June!
Posted by Particulations at 13:37 No comments: