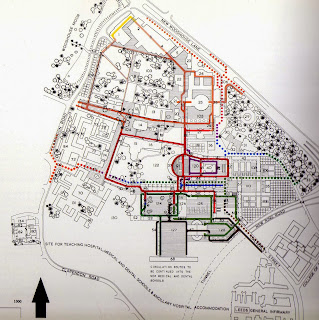 Figure 1 – This map/plan shows the colour-coded routes proposed for the new campus.

In Discipline and Punish Michel Foucault makes it clear that the power/knowledge process does not fix docile bodies in space, but actually puts them in circulation in relation to power. Rather than demonstrate this through the more obvious discussion of surveillance, which appears as one of the primary modes of power in postmodern urban space, I should like to look at how the planning of the University of Leeds campus provides a much more subtle and less obvious way of controlling bodies, than does surveillance through CCTV.

Foucault explains that the modern factories of the 18th century were organised in terms of “disciplinary space”. (1991: 143) The space of the factory was designed so that individuals were kept in their own physical space and movement was controlled in order to prevent groups of people collecting together: “Its aim was to establish presences and absences, to know where and how to locate individuals, to set up useful communications, to interrupt others, to be able at each moment to supervise the conduct of each individual”. (Ibid.) In his discussion on a new approach to education in the classical period, Foucault describes how the model that is applied to the factory is also applied to the school. Space is organised in such a way to make processes as efficient as possible: “The disciplines, which analyse space, break up and rearrange activities, must also be understood as machinery for adding up and capitalizing time.” (1991: 157) 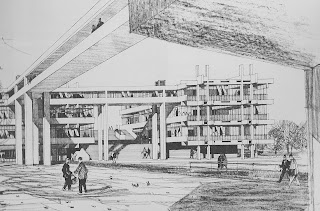 Figure 2 – This sketch is a vision of the new university.

This efficiency, in terms of organising space, is apparent when viewing the development plans of Chamberlin, Powell and Bon for the University of Leeds in the early 1960s. One of the maps in the plan shows the proposed pathways for pedestrians on the campus (figure 1). These new routes also included covered walkways that helped students move from one teaching building to another, while protecting them from the elements (figure 2). While it seems that the intention of the architects was to encourage students to ‘commune’ rather than to isolate them (isolation was the intention of the authorities during the classical period discussed by Foucault, however), nevertheless, and despite how altruistic it might have been, this is how the movement of individuals through space can be subtly controlled; as Foucault says: “Stones can make people docile and knowable.” (1991: 172) By creating pathways through space – and not just the clearly defined ones that are formed from paths, but also those that appear as spaces between buildings – individuals are encouraged to take particular routes and discouraged from taking other ones.

Although this might appear to be just a side-effect of urban planning, it is actually built into the very fabric of urban space. The pedestrian is made to feel they are taking a ‘natural’ path from A to B. Fran Tonkiss, a sociologist specialisation in urban space, explains how this works from the perspective of the users of space: “The divisions that people draw between things and places harden into objective facts which in their turn organise social meanings and social actions.” (2005: 30) After a time, and with repeated use, the path taken becomes subconsciously ingrained and it then becomes difficult to alter one’s route. This originates from the discourse of campus planning and development, but in practice it becomes the anatomy of the socio-spatial arena. The subject becomes knowable through their predictability, but also their individual social relationships become spatially ordered around communal hubs that play out in space.

Related Links:
The Parkinson Temple
Louis Althusser, Ideology and the Practices of the Institution
Posted by Particulations at 12:11