Using Psychogeography to Discover the Hidden Consequences of Social Reproduction 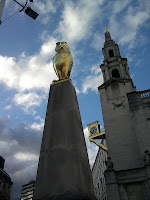 In the opening to her essay on the regeneration project at Grand Central Station in New York during the 1990s, Cindi Katz states: "The hidden city is itself an outcome and a representation of what might be understood as 'postmodern geographical praxis', but so too is the project of its unhiding." (2001: 93) Commenting on the complexity of heteretopic spaces, and their implicit heterogeneity, she discusses the partitioning of space through "domination and privilege". (2001: 94) This is done by looking at particular neighbourhoods, the relationship 'the other' has with specific spaces, and the process of hiding (in public policy) and unhiding (in this case a deconstructive form of revealing produced by her own critique). Katz states: "it is clear that the spatial forms associated with increasingly globalized capitalist production are indeed masterful at hiding the consequences and contradictions of the associated social relations associated with it." ( 2001: 96) Comparisons can be made between postmodern geographical praxis and psychogeography in the way that "Psychogeography comprehen[ds] buildings through their use, their history, and their collective and associative generation of meaning and mood". (Sadler 2001: 160) 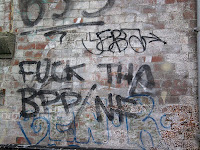 Katz explains how the process of privatizing space is at the heart of the neoliberalist project such that this raises important issues in relation to place and meaning. This is also remarked upon by Michel Foucault. When commenting on the "human site" he says that it is a function of our times that a certain type of knowledge is required when examining space, such that "knowing what relations of propinquity, what type of storage, circulation, marking, and classification of human elements should be adopted in a given situation in order to achieve a given end." (2001: 238) This becomes pertinent when applied to the process of capital accumulation inasmuch as when the "given end" is the project of acquiring space, then a knowledge of how processes such as "circulation" and "marking" operate become useful in altering the appearance of spaces such that they manifest in a new way, occluding their socio-historical origins. Guy Debord also remarks on aesthetics and urban semiotics in a similar way to both Katz and Foucault. He states: "What is false creates taste, and reinforces itself by knowingly eliminating any possible reference to the authentic." (1998: 50) He explains that "Today [...] the tendency to replace the real with the artificial is ubiquitous [...] Everything will be more beautiful than before, for the tourists' cameras." (1998: 51) In Katz's case study, removing the signs of homelessness was one of the priorities of the Grand Central Partnership. Postmodern geographical praxis is what is employed to reveal these types of heterotopic inconsistencies. 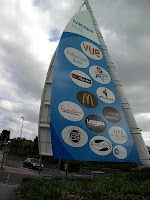