Bureaucracy in the Corporatised University 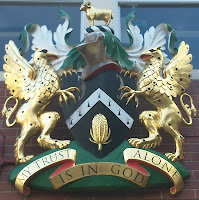 
the corporatized university is defined as an institution that is characterized by processes, decisional criteria, expectation, organizational culture, and operating practices that are taken from, and have their origins in, the modern business corporation. It is characterized by the entry of the university into marketplace relationships and by the use of market strategies in university decision making. (1985: 74)

Bill Readings explains that it is excellence in its manifest bureaucratic forms - for example, the Research Excellence Framework (REF) formed in 2007 - which is the driving force behind harnessing the university function of the past and in postmodernity placing it under the forces of the market (1999: 38): "Like the stock exchange, the University is a point of capital's self-knowledge, of capital's ability not just to manage risk or diversity but to extract a surplus value from the management." (1999: 40)

The decentralised movement of capital from its original position in the nation-state into what in postmodernity appears in the form of globalised flows, also recapitulates the process for the postmodern individual: what once was the centred humanist subject oriented in their singular culture, now becomes one with a capital-oriented consciousness, a worldview that is legislated to the level of a norm. Jean-François Lyotard explains that this is done through "formulat[ing] prescriptions" which appear in the form of utterances that legitimate particular statements. (2004: 31) This means that it is difficult for those who operate in the institution to not take up these narratives and continue to promulgate them. Readings explains that in capitalist society we are no longer citizen-subjects but "operatives" that take part by adopting a "corporate identity". (1999: 48) Felix Guattari says that we all have a number of different subjectivities available to us, depending on our relationships with other individuals, groups and specific social processes. However, he sees capitalist subjectivity as being the most extensive.

Mark Fisher makes direct reference to university bureaucracy, including providing an extensive list of documents a module leader has to complete for each module they oversee. (2009: 41) Fisher says that the constant checking, monitoring and production of figures does not provide "a direct comparison of workers' performance or output, but a comparison between the audited representation of that performance and output". (2009: 42) We no longer have a system focused on knowledge (learning and teaching), instead we have a system that concentrates on measuring performance and output, and disseminating that data: “The true goal of the system, the reason it programs itself like a computer, is the optimization of the global relationship between input and output – in other words, performativity.” (Lyotard 2004: 11) It is essential for the functioning of the bureaucratic university that this system is open, even if its process of self-defining (for example, in using terms like 'excellence') is internal and closed. The university needs to reduplicate itself internally, and also express that reduplication externally, in the form of representable data. What this means for the university is a spectacle-like appearance in the form of signs that appear as representable data, the output of the excellence process. These signs present the university in the guise of what Guy Debord would describe as "commodity as spectacle". Debord explains that the spectacle is "where the tangible world is replaced by a selection of images which exist above it, and which simultaneously impose themselves as the tangible par excellence." (2005: 36) This is problematic for the university because it means it can become removed from its original idealised functions - the pursuit of knowledge, high quality academic research, education for all - meaning that others might also see it in purely economic terms too (anyone who works in the university knows that some students see their degree only in the form of exchange value: a degree for a job)

Bureaucracy, as a measure of excellence in the corporatised university, as Fisher describes, "floats freely, independent of any external authority" (2009: 50). It produces a style of surveillance culture for academics that is rather like an invisible postmodern semblance of the time and motion study that constantly hovers over them in the form of a bureaucratic superego.