Students at the Heart of the System 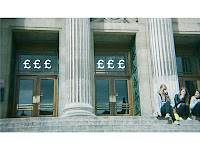 I'd like to comment on the use of the word 'heart' in the UK government higher education strategy in light of the recent student protests (November 9th, London)

In June 2011 the Higher Education White Paper was released. How the coalition can pinch Browne's soundbite from his 2010 report and use it as the title to this document is beyond me! Only somebody who has no access to the media, or lives in another solar system, could possibly think that the government are putting students at the 'heart' of the education system. The only thing at the heart of the education system, as far as the current government is concerned, is £££££££s!

This frankly disturbing use of the word 'heart' is also used again in the conclusion of the government document Higher Ambitions: The Future of Universities in a Knowledge Economy The conclusion is subtitled: 'The heart of a knowledge economy and a civilised society'. The word 'heart' also appears in another part of the document, in this context: "How we will further strengthen the role of universities at the heart of our communities and shared intellectual life, and as one of the key ways in which we engage with the wider world." (italics author's own) This is clearly intentional and must be some kind of ameliorating tactic to lessen the blow of all the education cuts - which don't only extend to students but also lecturers in the form of redundancies, cuts in pensions and in greater workloads. 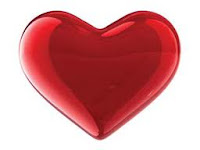 This is what the verb 'heart' means, according to the Oxford English Dictionary:
a.trans. To give heart to, put heart into (a person, etc.); to inspire with confidence, embolden, encourage, inspirit, animate; = hearten v. 1. arch.
While I appreciate that the government are using the term 'heart' to represent 'centre', they are, however, not using the word 'centre' but the word 'heart', with all the connotations attached to that. Hello government! Using the word heart does not inspire future students with 'confidence', nor does it 'encourage' or 'embolden' them. You are expecting them to be in debt for decades to come, with little prospects of getting a job or EVER buying a house. This has got nothing to do with 'heart' nor has it got anything to do with putting them at the centre OF ANYTHING! The only thing it puts them at the centre of is the capitalist economy, while at the same time marginalising those who cannot afford to go to uni, which is 'technically' the opposite of the centre, I would say!

Students are out on the streets protesting again, as they were in 2010. And, applications for places are already down for next year. How many future young people are going to be effected by this before the government rethinks its 'selling out' of higher education. I predict even more disenfranchised young people, and I don't mean of the demographic of those on the streets over the summer of 2011, but a new group of disenfranchised middle-class young people, in-line with the May 1968 Paris students.

So, coalition, put that in your pipe and smoke it to your hearts content!

Links:
Bureaucracy in the Corporatised University
The Semiotic System of Capitalism
Input/Output at the University of Excellence
The Scene of Teaching
Posted by Particulations at 11:42