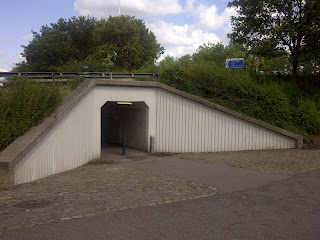 So as to keep up-to-date with any current media-related references to psychogeography, from time to time I type into my search engine ‘psychogeography’ followed by the month and year. In April 2014 I did the same and an article in the The Guardian paired psychogeography with the name of a Britpop singer: ‘Damon Albarn and the Heavy Seas Review – Rich in Personal Psychogeography’ (2014). If Coverley thought ‘the game was up’ following Self’s articles in The Independent, I wonder what this says about psychogeography today? Even though it could be easy to be cynical about its current populist and mutable use, this is not a particularly constructive approach to take towards psychogeography. Rather than seeing it as a co-opting of the term, or an aligning of some individuals to something ‘trendy’ that we feel they have little connection to, we might see this as a compliment.

In the introduction to Walking Inside Out I mentioned how Iain Sinclair has often been placed in the position of defender of the field of psychogeography. Psychogeography has plenty of detractors and, while this could be seen as a negative reflection of it, I prefer to see it as promoting valuable discussion. It also enables an academic engagement with critics who are often outside academia. While I do not see myself as the current ‘union rep’ of psychogeography, I would like to look at some of the comments by some critics and work through the issues they have raised, since they are a reflection of what individuals think about psychogeography in Britain today and are, therefore, part of the project at hand.

Sinclair has expressed his own concerns about the term, however these are often decontextualized by others into snappy quotes ripe for media comment and at times represent a specific strand of psychogeography that he may be commenting on, or even based on another period of time in its development. For instance his references to it being a ‘franchise’ in the The Fortean Times are referring to an aspect of 1990s psychogeography: “There was a kind of strategy to this rebranding, I was quite happy to run with it as a franchise, as a way of talking about doing the things I'd always done and providing a useful description that could be discussed in public. It became a bit of a monster on the back of that” (Pilkington and Baker 2002, 3). I am not sure if this reflects the practice as it is in the 'noughties', at least not for the practitioners themselves and certainly not for the contributors included here. Nevertheless, the term 'franchise' alludes to the co-opting of it, such as its capitalisation as a 'product', which is a valid issue. While I believe the benefits of psychogeography far outweigh its negative effects, attempting to prevent its co-optation are difficult and ongoing, perhaps impossible (but this goes for culture in general - hence, the 'culture industry'). In postmodernity everything is potentially 'up for grabs' by consumer society.

In February 2014, on his blog The Great Wen: A London Blog, Peter Watts uploaded the post ‘New London Writing, or What the Fuck is Psychogeography Anyway?’. The title of the post implies that this is simply going to be a completely negative critique of the practice, where actually it is not unsympathetic and raises an important issue about property developers: “By my experience, then, psychogeography is used as much to shift property as it is to expand and combine the frontiers of space and mind, which is perhaps inevitable in London, where any amount of folklore and fauna only has any value if it can be seen to have a positive effect on land price” (Watts 2014). This, however, is a criticism levelled at the selling and procurement of real estate, and not one directed at psychogeographers or the work they do. Some of the potential problems in regards to capitalising on psychogeography include: unethical organisations aligning themselves with psychogeographers under the guise of appearing to address community-living issues, businesses adding it to their profile in the same way they do with corporate social responsibility, and the hijacking of it by capital by applying it to consumer products in order to exploit its commercial potential. However, I think it is still not popular enough for it to be re-appropriated to any real degree at this time. Also its, sometimes, political and/or often activist association might repel many (although this did not deter capital from co-opting the potential commerciality of punk). Alastair Bonnett says: “A much broader group of people are now interested and involved in psychogeography, many of whom have no interest in the Situationists. It may be argued that this is a form of depolitization of that psychogeography has outgrown the limited and exclusionary world of the revolutionary avant-garde” (2013).

While the elusiveness of the categorisation of psychogeography lends it to being a useful tool for the urban walker, this might also work against its co-opting within neoliberal discourse because it is so difficult to qualify (although the opposite might also be the case, its vagueness makes it pliable and, hence, appropriable). It is also possible that a 'bandwagon' of spurious psychogeographers could lead to the de-valuing of the term 'psychogeography', although this does go against the basic principles of the critique of the spectacle (as it would have been for the Situationists). However, none of these scenarios would be difficult to critically evaluate in a given setting providing you understand the political implications and marketing potential of media-hyped trends...