What are Perambulatory Hinges? 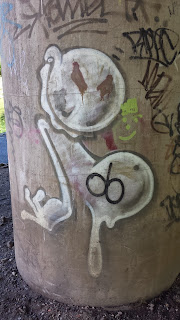 Following on from my mention of ‘perambulatory hinges’ at the World Congress of Perambulatory Sutures last week, I feel the need to qualify the term in order for it to be pinned down as much as possible. If any of my psychogeography students want to use the term, I would hate for them to use it incorrectly and lose marks in their assignments because of that. So, here are the guidelines for establishing (or writing about) a perambulatory hinge:

1 - A perambulatory hinge is not a ley line!

Ley lines are attributed to Alfred Watkins and he refers to them in a number of his books, for example The Old Straight Track (1925). While you can obviously read the Wikipedia page on ley lines, some psychogeographers think that Wikipedia is not clear enough about what a ley line is. This is how Jeff Belanger opens his blog about his own investigation into them:


A study of leys taught me that the current general idea of what ley lines are is pretty off base. But in researching the phenomenon, some truly intriguing earth energy mysteries can be found. There are fairy paths, corpse roads, geister wegen, and a slew of other supernatural linear features on our planet where people do come for spiritual experiences, and there are "roads" that ghosts have been reported traveling down repeatedly.

2 – Perambulator hinges are subjective, but come into being collectively!

Perambulatory hinges are generally attributed to postmodern space. Or should I say, they are predominantly a postmodern event/occurrence (this will become apparent when you read the theory part explained in no.3 below). They work through a kind of ‘calling’ made by a particular piece of urban phenomenon. Because the calling is psychogeographical – i.e. a particular person is responding aesthetically/affectively to the object – it is subjective (therefore individual) in that aspect. However, as well has having our own personal responses to urban objects, we very often share our reaction with others (although not exclusively, as it is also cultural). So, when a particular object ‘calls’ to a number of people in a similar way over time, a perambulatory hinge develops. This is how it works…

3 – Perambulatory hinges can be best explained through the concept of ‘subjecting’.

In an Althusserian sense the object actually subjects you. It recruits you through its effects. It may not recruit you in the absolutely ideological way expressed by Louis Althusser, but nevertheless it is a cultural effect, so in that sense it may still be ideological. So, like the policeman in Althussers example in ‘Ideology and Ideological State Apparatuses’, the urban décor hails you – well it hails anyone, but you feel it is hailing you, specifically – and you, sort of, do this 180 degree turn that Althusser says occurs at the point of subjection. Consequently, you recognise the calling of the phenomenon in its personalised hailing of you. The object, in its expression which is directed at you, appears in its obviousness: it really is calling you. Althusser explains that this is how ideology is “endowed with a material existence”. The effects of the response to the calling retroactively produces its cause through subjecting the individual. Therefore, the individual responding to the urban phenomenon, as subject, is both the cause and effect. This is the effect of the urban apparatus of which the individual is subjected, but it is also what produces her/him as the psychogeographer in that moment, as the cause of the effects.

4 – You cannot see a perambulatory hinge.

When this calling and psychogeographical response is similar among the ‘community’ in regards to a specific piece of urban décor - and when it occurs multiple times over a period of time – eventually a perambulatory hinge arises. You cannot see the hinge come into being, you can only surmise that it might be there. Of course, you could verify it through discussion with the psychogeographic community. The hinge appears when it reaches a kind of critical mass. Even though it is invisible it nevertheless is still material because it is caused by this ‘180 degree turn’ mooted by Althusser (of course, it isn’t really necessarily exactly 180 degrees, though - this is metaphoric). While you cannot exactly pinpoint the exact position of the hinge in space, you can probably work out roughly where it may be by looking at lines of sight, etc. However, unlike a desire line – which is very apparent – it is not visible, although sometimes there may be traces...

Please click here for another post on Birmingham. I will be further fleshing out the concept of perambulatory hinges in a future article.
Posted by Particulations at 15:44