The Fourth World Congress of Psychogeography – Report by David Bollinger 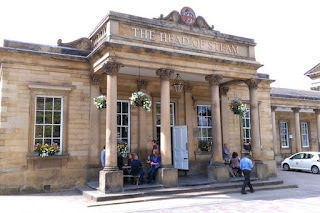 Since I was expelled following last year’s world congress I had to attend this year’s one remotely, which I was able to do thanks to the streaming of the event here (despite being told I was to have nothing to do with the event any more, "even at a distance"). I’d just like to say how well the The Fourth World Congress of Psychogeography was put together, and attended, despite my lack of professional input. Below you can read some of the noteworthy observations I made about the conference on September 9 and 10:

Travis Elborough as Keynote
I think it was a coup for the conference to get such a high quality speaker when you consider the rest of the usual bunch of itinerant, rucksack-wearing, gore-tex fetishist types that made up the rest of the speakers at the conference – not that I’m bitter. Mr. Elborough was charming and gave an eloquent and entertaining talk about his book A Walk in the Park.

Tina Richardson’s Pretentious Talk
Richardson gave her usual affected talk, although I have to admire her for her shorter than regular talk title: Town and Gown: The Studentification of Urban Space. She must have really struggled to restrain herself. Coming from a critical theory background, she tends to over-embellish her lectures with, what I can only describe as, smartass deconstruction punctuation. I was surprised to see a distinct lack of bracket use and did wonder if she was perhaps feeling a bit unwell. Other than that, her talk was tolerable. Although she did set herself up for a ‘big reveal’, her model of studentification in Venn diagram form. Like this is the first time someone has ever used a Venn diagram in a presentation! These hyped up announcements invariably fall flat, like she did later that evening when leaving The Head of Steam public house.

Alex Bridger’s Talk: What is Psychogeography?
Dr. Bridger clearly broke into my office and stole the abstract I submitted for my talk for the event. Two bottles of spirits also ‘co-incidentally’ went missing. I thought his talk was great, but that’s because IT WAS MINE! I have nothing more to say about this man…

Tim Water’s Walk
The famous (or should I say infamous) neogeographer Mr. Waters is just a sadist. Three of those attending his walk sought me out online ACTUALLY DURING THE WALK – knowing I was no longer with the world congress – to complain about the 12 hour long walk he took them on. And all with no proper toilet break and, worse, no alcohol! Darrant Hinsico, who had come all the way from Portugal, said "I was forced to tinkle on Harold Wilson". I also heard that a desperate splinter group actually stormed Huddersfield Town Hall after becoming so deranged after a lack of any “pep me up” (and I quote) that they began to hallucinate, thinking it was The Bastille.

Phil Wood’s Presence
When I say Phil Wood’s presence, I mean 'presence'! Thankfully this psychogeographer not only kept the whole gathering on a professional footing, with both his flat cap and his Rob Rinderesque gavel, but also brought some gravitas to the event. To be honest, the man is wasted in this group of, what I can only describes as, losers! If I was Wood, and some have suggested that I am both he and also Luther Blissett, I would move across the Pennines and join the Western camp of the Northern Psychogeographers and get as far away from these idiots as possible!
Posted by Particulations at 14:38