Walking Inside Out – Introduction Extract 3

Where to Now, Psychogeography! 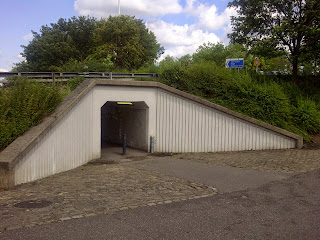 In 2002 Iain Sinclair said of psychogeography that "the next step is to bury it completely! Let it go and let it re-emerge. I think it needs 15 years to gain some new energy, as I think this energy is rapidly running out" (cited in Pilkington and Baker 2002, ‘City Brain’, Fortean Times). Since we are now fast-approaching the end of Sinclair's 15 year embargo, perhaps this is a salient moment to begin to discuss psychogeography again in a critical way, and take a serious look at the work being carried out in the field. I hope this text contributes to this discussion. Sinclair further comments on this problem when discussing the work Stewart Home did with the London Psychogeographical Association (LPA): “Stewart Home says that the LPA deliberately mystified and irrationalised their psychogeographical ideas in order to prevent them from being academicised in the future. But they inevitably will be because Stewart himself is a sort of rogue academic, so it's self-contradictory in some ways. By doing it, it becomes part of this machinery in talks and interviews” (ibid.).

Nevertheless, Sinclair is in praise of walking despite his concerns with the term psychogeography. One thing that many walkers are preoccupied with, from activists to The Ramblers, is not just the marginalisation of our public spaces, but the marginalisation of the very act of walking itself. As Sinclair says in an interview in the Ramblers own publication: "We're at the bottom of the food chain and the day will come when we'll have the equivalent of bike lanes: a narrow suicide strip chucked in among the traffic. We'll have to have ghost walkers, like the white ghost bikes you see to commemorate dead cyclists" (2012, ‘My Perfect Day’, Walk). So, it seems, psychogeographers perhaps do have more in common than can be expressed in their differences.

Related Links:
Walking Inside Out – Available for Pre-order
Posted by Particulations at 09:43