Kitsch and the Danger of Guilty Pleasures – Pt 2 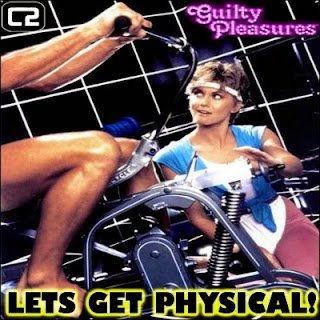 Please see part 1 of the blog.

Adorno's main concern in regard to kitsch is with the social aspect of history, and more importantly with the lives people are living in the present. He explains how, when kitsch is employed, the “social moment” becomes formed through it: "by serving up past formal entities as contemporary, [kitsch] has a social function – to deceive people about their true situation, to transfigure their existence, to allow intentions that suit some powers or other to appear to them in a fairy-tale glow" (2002b: 502). When we are listening to the nostalgic kitsch of Guilty Pleasures we are not addressing the real everyday politico-social issues that matter and that could improve our lives, we are instead, according to Adorno, “tormented individuals” because we are proffered something in the music that we can never have (ibid.). In Guilty Pleasures this might be a harking back to a time when things were, supposedly, more 'innocent' and 'free': our childhood, for instance. And because Guilty Pleasures cleverly serves up music from every decade, all our childhoods are represented.

Adorno explains that “All kitsch is essentially ideology” (2002b: 502). In Guilty Pleasures this could be perceived as undisguised nostalgia (I will return to this 'undisguised' factor). This ideology appears as a momentary revisiting of the past in the form of what Adorno calls “musical small change” (2002b: 503) - fetishised elements that get circulated, in the case of Guilty Pleasures these elements are the old songs themselves. The tracks become uprooted, re-contextualised and re-circulated. They are dished up to the music fan of the day, without their historical roots being made apparent. This is the “forgotten secret” (2002b: 501) to which Adorno refers. Richard Leppert puts this particular point well in his commentary in Essays on Music:


Kitsch invokes a past which is nostalgically remembered; as such kitsch is a means by which to forget – but less to forget the past than the present. Kitsch offers consolation, not so as to change everything but to make the anything of the here and now slightly more tolerable. (2002: 361).

This past/present that is forgotten Leppert describes as “selectively (mis)remembered”, and explains that kitsch, for Adorno, is problematic because its relationship to history is not direct and therefore the truth of history is not spoken (2002: 363). The nostalgic element contained in Guilty Pleasures produces a sentimental moment, but not in a positive sense, because “Sentimentality is robbed of its implausible character, of that touching but impotent Utopian moment which for an instant might soften the hearts of those who have been hardened and take them beyond the reach of their even harder masters.” (ibid.). Thus, the momentarty and naive fleeting thought that life could be better, is just that, naive and fleeting, it has no power to do anything about concretely making life better. It does not last beyond the moment.

Whilst it may appear relatively easy to argue that Guilty Pleasures recuperates itself because it is not pretending to be something it is not (it is not pretending to be anything other than kitsch), there is a subtle but effective illusion existing in this very modelling of itself as 'innocent'. On one level it is undisguised nostalgia – everybody knows what they are getting with Guilty Pleasures – but this straight-forwardeness is itself part of the disguise. I do not believe that Adorno would see Guilty Pleasures as the worst kind of kitsch - he does grade kitsch in relation to severity, with “kitsch with 'class'” being the very worst (2002b: 504) - but I believe in its supposed openness Guilty Pleasures lulls the listener/participator into a false sense of security. As Leppert says: “Adorno is eliciting the reality of the truth in the lie, that is, that the truth of kitsch is its falseness [...]” (2002: 362). But, while Guilty Pleasures could be described as authentic kitsch, like painted chalk seaside ornaments, this just hides another type of lie. It is important to analyse what this falseness means in relation to Guilty Pleasures and what it is hiding from the individual, because in an ideological sense the songs are speaking to the individual and represent, at least on a subjective level, their own past.

Hermann Broch, in his essay 'Notes on the Problem of Kitsch' (which appears in the oft-cited edition by Gillo Dorfles Kitsch: An Anthology of Bad Taste), addresses this falseness thus:


[...] if kitsch represents falsehood (it is often so defined, and rightly so), this falsehood falls back on the person in need of it, on the person who uses this highly considerate mirror so as to be able to recognize himself in the counterfeit image it throws back of him [...] (1973: 49).

These kitsch objects, whilst they are really only generic objects, are imbued with a power that appears to speak to you. We see a reflection of ourselves in that old song. But that reflection is not a true one. The nostalgic song presented to us as a guilty pleasure “appears itself as reality, which is supposed to stand in for the reality out there” (Adorno 2001: 65). And, as Adorno explains of kitsch, it helps maintain a memory of the past which is deformed, illusory and of another time (2002: 501). The past of the guilty pleasure cannot really be reconstituted, but the image that has been set up for me is particularly compelling in its personalised nature. I believe that song is for me. It is directed at me and I engage with it instantly. As Broch emphasised, the individual actually connects with this distorted element within the object because it shows something of themselves. This personalised hook then becomes the whole of the object in its transportation of the individual to a past time. The 'real' history tied up in the song is obfuscated by the nostalgic, but ideologically engineered, past that I impose on it with the help of the Guilty Pleasures machine; whether that 'real' history is mine or socio-historic, neither are readily made available to me. I do not recognise the praxis occurring here and instead think the song is calling to me. This is the myth of Guilty Pleasures.

In his own discussion on myth in 'Myth Today' Barthes sets out his model of the myth in its semiological format whereby the sign (the meaning) at the first level of semiology becomes the signifier of the second and as such becomes its “form” (2000: 115). This “form” becomes attached to a “concept” (the second level signified) and produces another sign (ibid.). Barthes calls this “a second-order semiological system” (2000: 114). He explains that this is how myth uses “raw materials” (signs in the form of existing language and images), takes them into its own system and creates what he calls “metalanguage” (2000, pp.114-115). Barthes pays particular attention to some examples that he provides the reader with in order to demonstrate how this process works. But, rather than getting caught up with using one of his own examples to further explain how myth works for Barthes, I should like to go straight to what he says about memory in relation to the “concept” in order to remain focused on the theme of my thesis on Guilty Pleasures: how the myth speaks to the individual through a misrepresentation of the past. Where necessary, I shall work backwards through Barthes text.

Barthes states that the concept's “mode of presence is memorial” (2000: 122). His use of the word “memorial” is important on two levels in relation to Guilty Pleasures: one, the meaning of the first sign is drained of its history by the concept on the second semiological level (ibid.); and, two, the word 'memorial' signifies death. It is death that Adorno is referring to when he alludes to the danger of kitsch. It is what he demonstrates when he gives the example of the Titanic in his discussion on musical kitsch in 'Motifs'. He explains how the music played out in the background is being merrily danced to by the voyagers and underneath them, in the boiler-room, their future destiny is already being played out in a whole other and horrific way - and they have no knowledge of this impending tragic event (1998: 16).

Whilst Adorno's metaphor is for a particular type of death (the death of a history), and not the death of the individuals he is referring to in his example, this death is nevertheless real because of the partiality of ideology. Barthes demonstrates that in its historical selectivity the concept works on the meaning of the first sign such that it becomes “half-amputated” and “deprived of memory” (2000: 122). In Guilty Pleasures I would like to suggest that how the myth operates is by amputating social - and to a large extent personal - history. In its supplanting of a (partial) subjective history that pertains to the individual listener, the guilty pleasure - in its representation of a cultural past that has little relevance to the interpellated listener - distances (abstracts) history. Barthes describes how this works, thus: “Through the concept, it is a whole new history which is implanted in the myth.” (2000: 119). And for Guilty Pleasures this is 'my' history, because, as Barthes states, it is “made of yielding, shapeless associations” (ibid.), and can be subjectively appropriated because of this.

Barthes, when providing the example of the Basque architecture which is taken out of its context and placed in a street in Paris, says that “it is I whom it has come to seek.” (2000: 124). This is the power of the Guilty Pleasures myth. It is communicating to me, it forms a union with me. And its secret is that it can disguise itself such that I do not see that actually I am seeking it, I am “the person in need of it”, as Broch said. Adorno also acknowledges this function of kitsch when he says kitsch “lurks in art, awaiting ever recurring opportunities to spring forth.” (1997: 239). Guilty Pleasures appears to call the individual dancer/listener, but this is its falsity: it is pretending to call them – although in a sense it is calling them, but in a very generalised and interpellant way - by disguising their own need to be transported back to the past. It lifts that need from their psyche, repackages it and places it 'out there'.

In order to see what effect the myth has on the Guilty Pleasures participant, and how it might attach itself to them via the mythological sign, I will re-visit Independent Women vs. Dreadlock Holiday, which I introduced in part 1 of the blog, in the next part of the blog. This particular song demonstrates how generality works in relation to the myth and how this makes it appropriable. It is this that Barthes describes as its “intentional force”, how it is directed at 'me': “[...] it summons me to receive its expansive ambiguity.” (2000: 124). It is also what Witkin refers to when discussing Adorno and reification: the song becomes “the 'property' of the listener.” (2003: 59).