Walking Inside Out – Introduction Extract 2

What Doth a Psychogeographer Make? 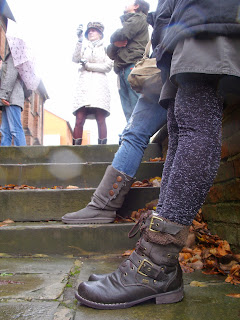 To provide an aphorism of what psychogeographers do and why they walk assumes they are a generic group, which is not the case. It is as difficult as trying to provide a pithy sentence to describe what a writer or artist does and why they do it. Nevertheless, there are some universal qualities that are representative of many psychogeographers and that may help explain their intention. For instance, they attempt to connect with the terrain in a way that is other to that of a casual stroll, bringing a focus to the walk that takes it beyond both a ‘Sunday walk’ in the country (where the landscape almost appears to be placed their in order to be admired) and that of the Saturday shopping expedition in the local high street. It is neither of these. Nor is it about getting from A to B - it is absolutely about the process itself, however clichéd that may sound. The walker connects with the terrain in a way that sets her/himself up as a critic of the space under observation, but at the same time they unite with it through the sensorial acknowledgement of its omnipresence. The space becomes momentarily transformed through this relationship. The psychogeographer recognises that they are part of this process and it is their presence that enables this recognition to occur.

The form and purpose behind the critique of the topology/topography will be very dependent on the individual walker. It might involve making mental connections with the space through a song or piece of literature or it may involve a philosophical/theoretical analysis of particular objects under scrutiny. It could also be an overtly political process which applies an assessment of the power structures in play in a given situation or even a physical act of challenging those very structures directly in the moment. This could be thought of as a kind of traversing, whereby the walker sees this as a negotiation of the space which questions established routes and draws attention to the possibility of approaching the territory in a different way.

Related Links:
Walking Inside Out – Available for Pre-order
Posted by Particulations at 15:38