Chamberlin, Powell and Bon in London 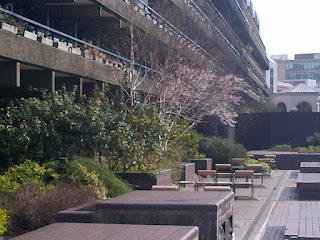 It was interesting to revisit the Barbican (built 1965-1976) in London recently with the, now, knowledge of the Le Corbusier inspired architects Chamberlin, Powell and Bon and their brutalist design. When I worked in this area of London in the late 1980s I spent quite a bit of time in the Barbican, in fact I was based on the edge of it in one of the offices in Aldersgate Street. The company I worked for then was Jockelson Stationery (below is a photo of the office today - they have long gone). Little did I know that a few decades later I would be studying the architects as part of my PhD research! 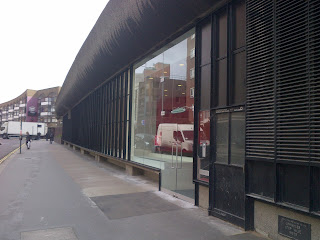 Chamberlin, Powell and Bon (CPB) are not known for saying a lot - there isn't much written by them, or about them. But, thankfully, in 2011 a book was published by RIBA written by Elain Harwood, in the 20th Century Architects series, called Chamberlin, Powell and Bon. However, I like to think that their architecture did the speaking on their behalf, as these photos that I took of the Barbican will show: 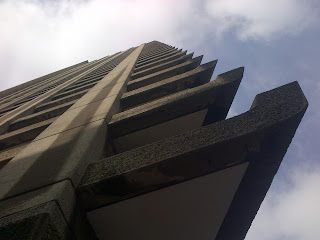 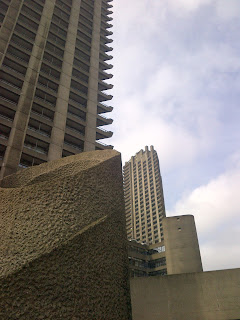 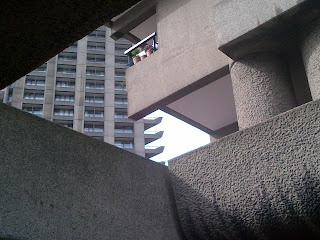 Harwood says the "Barbican suffers from its compact site and a difficulty of access for the uninitiated, with its lack of easily identifiable access points". (2011: 129) And, this is definitely true of my own trip, despite the fact that I knew the area from the past. I had forgotten this ramp (shown above and below) on the Chiswell Street side and initially headed across the road towards some stairs I could see, which didn't actually take me up to the surface on top of the underpass, where the allude to take you. 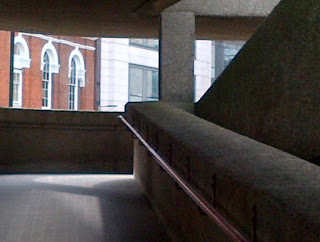 While I quite like the mystery of 'un-identifiable access points' - I am a psychogeographer after all - this is not an uncommon criticism of the work of CPB, as students at the University of Leeds will testify to when attempting to find their way around the Roger Stevens Lecture Theatre (more about this is in part two of the blog). Nevertheless, I don't think this detracts from the overall work and, having read their plans for the University of Leeds, many of the decisions which resulted in these oddly hidden entrances are based upon saving space, streamlining, or other such economic decision-making processes.

Harwood says of the Barbican: "it was resoundingly the Barbican that Chamberlin, Powell and Bon's depth and range of vision in planning, design and detailing were consumately realised. It brings together the sense of scale and imagination that charges all their work, on an exceptional canvas." (2011: 130) However, the Golden Lane Estate (completed 1962) nearby should not be forgotten. It still looks good after all these years, especially when you consider how many of its peers have now been demolished. But what is that interesting-looking lip on the top of this iconic building? 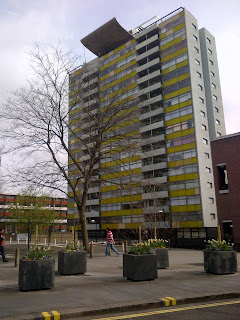 Part two of this blog looks at CPB in Leeds: Organ Pipe-clad Concrete and Lost Students
Posted by Particulations at 12:05