'The Burlesque of Psychoanalysis': Walking, Psychogeography and Schizocartography 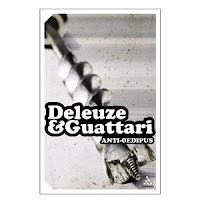 ...so say Gilles Deleuze and Félix Guattari in their introduction to Anti-Oedipus (1972), the first volume of their Capitalism and Schizophrenia series. McKenzie Wark makes reference to this quote in his new text The Beach Beneath the Street: The Everyday Life and Glorious Times of the Situationist International (2011).

McKenzie says of Deleuze and Guattari:

By the time they wrote this, much of what had been critical thought had laid its weary head on that analyst’s couch - depressed, anxious, irritable, neurotic. Obsessed with old wounds. Unable to forget. Unable to get up. At its melancholy end.

Deleuze and Guattari's exemplary walkers were literary characters, but it turns out that Chtcheglov [also known as Giles Ivain and a member of both the Lettrist International and the Situationist International] was that schizophrenic out for a walk, and he already had a theory of his own nomadism. Years before Deleuze and Guattari, he already saw the dérive as a kind of analysis. "The dérive is certainly a technique, almost a therapeutic one." Unlike psychoanalysis, it did not sever language from the continuum of practices in which it is embedded. "The dérive (with its flows of acts, its gestures, its promenades, its encounters) was to the totality exactly what psychoanalysis (in the best sense) is to language" Chtcheglov writes. The Lettrist International refuse the separation of urban space from urban culture, each assigned to their own specialists. They refuse the separation of the external, social space of the city from the internal, private space of subjectivity. The subjective belongs to the city and can be analyzed experimentally, much as the city is subjective and can be reconstructed to expand our desires. (page 26) 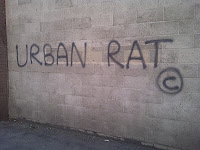 My own psychogeographical practices bridge these spaces: the urban, the psychic, the social, etc. Schizocartography attempts to address the way dominant structures reroute subjective desires while at the same time producing an outlet where heterogeneous voices are encouraged to emerge form the postmodern terrain.

I have developed schizocartography from Félix Guattari's term "schizoanalytic cartography". Schizocartography enables alternative existential modes for individuals in order to challenge dominant representations and power structures. This provides an opportunity for multiple ways of operating in space and reading the environment; it critiques the conventional ways of viewing, interpreting and mapping space. This is my definition of 'schizocartography':

Schizocartography offers a method of cartography that questions dominant power structures and at the same time enables subjective voices to appear from underlying postmodern topography. Schizocartography is at once the process and output of a psychogeography of particular spaces that have been co-opted by various capitalist-oriented operations, routines or procedures. It attempts to reveal the aesthetic and ideological contradictions that appear in urban space while simultaneously reclaiming the subjectivity of individuals by enabling new modes of creative expression. Schizocartography challenges anti-production, the homogenizing character of overriding forms that work towards silencing heterogeneous voices.


While the term “schizoanalysis” is derived from “schizophrenia” (as discussed by Deleuze and Guattari), it does not promote mental illness; rather, “schizo” is used as a way of offering up the possibility of multiple voices, and alternative world-views, amongst other factors. Please see a sample of my other work relating to schizocartography:

A film can be viewed here: Hello! from Hunstanton

An online article is available in this journal: Using Schizocartography as a Method of Critiquing the University of Excellence
Posted by Particulations at 14:55