A Journey Around My Church 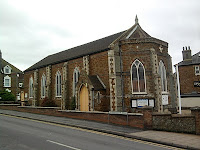 After much consideration it has been determined by a few Christians resident in the neighbourhood to erect a chapel with schoolrooms at Hunstanton, a pleasant village and bathing place on the North Norfolk Coast...Up to the present time no place has been erected for Nonconformist Worship in Hunstanton or within easy walking distance...The Lord of the manor has very kindly granted a most eligible site for the proposed building, and plans have been prepared to secure accommodation for 300 persons in the chapel, and for 200 children in the classroom, at a cost of £1000.

Could you do a psychogeographical blog on our church, please?

A few weeks ago Rev. David Hulse asked me to do a blog, along the lines of those I usually do on Hunstanton for the Reading the Arcades/Reading the Promenades project, on the Union Church. As a psychogeographer, I usually look at outside space, so I decided that I would simply treat this project as if I were walking in an urban area and take photos of the objects I normally do: notices, interesting patterns, curious phenomenon, and the types of objects that often go unnoticed. 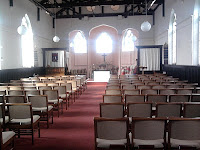 I have named this blog after the book by Xavier de Maistre A Journey Around My Room (1794). While the Union Church isn't really my church, it is the nearest to a church that I have and I always visit the Wednesday coffee morning when I stay in Hunstanton: 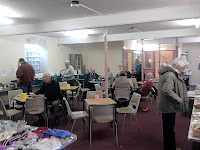 One of the experiences of walking in the town or city is that you are able to see the traces of those who have previously passed through. There are objects in space that are attached to people who have taken a journey. For example, a discarded bus ticket would be an obvious record of a journey that has been temporally and spatially indexed. However, objects often get left accidentally. Here are two umbrellas hanging in the church. The chances are that the day they were left it was raining upon arrival at the church and not on departure.

Also, on the coat hanger I found a hat (the one on the right) - "Is it David's?", I wondered at the time. So, I took off my own hat and placed it on there too and took a photo. The photo now tells a tale and remains as a sign of the day that I went to the church to do this blog: it says "I was here".

David let me go into his office; so, I took a photo of the items on his windowsill. I don't know what the item second from the left is, but it looks interesting.


Repeating Patterns
I took the following photos because I like to look for patterns that are formed by decontextualising objects from their space. Below is Complete Mission Praise, the hymn book used at the church, and also the Christmas presents that the church collects, assembles and sends abroad to children who are not fortunate enough to receive presents. 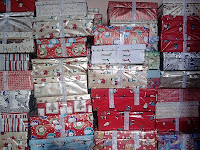 Human beings look for patterns in their environment. Historically it has been one of the qualities that has enabled us to evolve and survive, for example by recognising human faces, or quickly spotting fruit hanging in trees. When urban walking, I like to look for patterns in discarded objects or find interesting textures in space. See the blog below for more of these images:

Another thing I like to do with psychogeography is find an interesting object, photograph it, and when I am home do some research to find out more about it. In the image below you can see the bible is open on '2 Chronicles'. While most people know the Book of Chronicles is a section of the bible - and, I'm sure many know it includes a history of King Solomon's reign and information on the Babylonian Exile - however it is also the name that many musicians have used for their albums, including Jon and Vangelis, and Rush (which I'm sure you prog rockers out there also know). 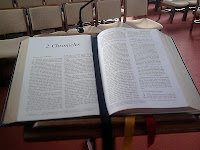 I didn't know what these were, so had to ask David. Apparently they are offering bags and are used in the Sunday Services for collecting money for the maintenance of the church. Four people pass the bags around the congregation and return them to the bowl where they are accepted by David with thanks in the form of a prayer. 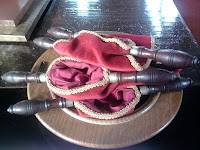 I also liked this Prayer Requests book. I'm not sure if it is meant for people requesting a particular prayer or for asking for a prayer for a specific person. 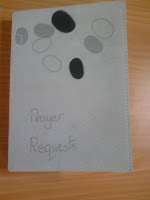 One of the things that psychogeographers often photograph are the notices in urban space. The Oxford English Dictionary says that a 'notice' is: "The act of imparting information, and related senses. Intimation, information, intelligence; a piece of information....to point out to, mention specially to, inform...". Here are some of those in the church: 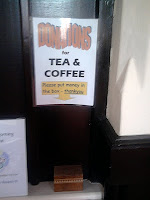 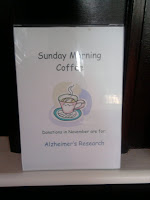 An Interesting Banner and Flag 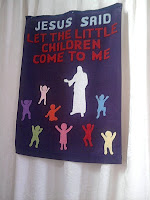 This is what David told me when I asked about the above handmade banner:

When I first went to my last Church (Owton Manor Baptist Church), a lady, Mrs Valerie Carr, asked me if she could put up the banner on the occasions when her husband conducted services of Infant Blessing. I took over the duty, but asked her if she would kindly leave the banner in place. She made the banner, which reflects the Bible story of Jesus blessing the children. Val sadly died in 2000. I acquired the banner for Hunstanton Union Church when the Church in Hartlepool had a change of banners. 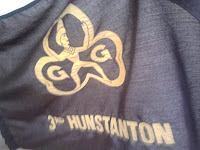 The above flag is for the Brownies who meet in the church hall. The Brownie organisation was set up by Lord Baden-Powell in 1914 in order to fully represent both genders and all age groups. They were originally called Rosebuds.

Here is some recent information on the Hunstanton Brownies:


Traces of the Past

While my walk around the church was a rather unconventional psychogeographical trip, I attempted as much as possible to bring a different experience to the space, in the same way that I do when operating in the outdoors of the town or city. Space holds a social history which reflects the lives of people who have lived and worked there. It is easy, when you move through the same space on a regular basis, to not notice some of the décor. This is both because the space has become familiar to us, but it can also be for other reasons.

I hope I have brought a different flavour of the Union Church due to my wanderings. I shall leave you with this final image because it represents what it is that I find interesting about the objects we find in space. These toys are a trace of the lives of children. What it is that I like is the questions that are posed by them: Who did the toys belong to? Were they toys of local children? What are the children doing now? 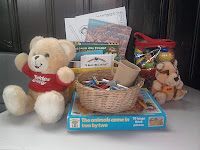 The Union Church, Hunstanton
Hunstanton Churches
History and Heritage of Hunstanton
Posted by Particulations at 10:23