Discovering Lockdown Modernism in the North 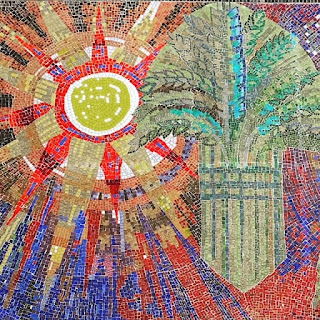 Leeds Merrion Centre Mural by Eric Taylor
Guest post by Lisa Brown Here Lisa talks about her interest in modernist art and architecture and the discoveries her and a friend made during the last year. You can get a copy of Lisa's book here: Post War Public Art.

I have always loved to take photographs and it’s something that I would normally do when travelling so I had grand plans of the things I might see on the trip to Japan that I had arranged for April 2020. So when lockdown began and the world shrunk, I started exploring my local area on foot as I found it was the only time I had the opportunity for any real peace and to escape household jobs that were otherwise difficult to ignore.

A friend in Manchester suggested we started photographing the empty streets of our respective localities and sharing them on Instagram. But after this mini project came to an end, I found that I missed the distraction that it had provided so I continued my local explorations, and being interested in mid-century architecture I began to walk further in order to seek it out.

Over time I realised I had built up quite a collection of photographs, not just of the buildings themselves but of the public art that often accompanies architecture from this period.

I like how accessible public art is and its egalitarian properties. Art works in a gallery are by their nature, even in normal times, restricted. The viewer has to make a conscious effort to see the art. And even the most dedicated art lover has been denied access to galleries for much of the last 18 months.

The post war period witnessed an abundance of public art; perhaps it was the influence of the Festival of Britain or just a more general appetite from the architectural community for the commissioning of public works to compliment the built environment. 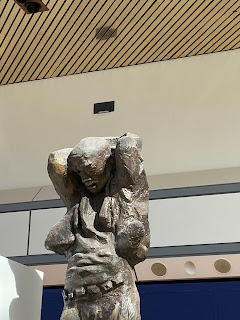 Rombold the Giant, Keighley by John Bridgeman
Probably my first encounter with a piece of public art was the sculpture of Rombold the Giant in Keighley. He has stood proud in the town centre since 1968 and I have fond memories of him from shopping with my mum as a small child; always fascinated by the story of the giant and his boulder tossing antics.

The easing of lockdown meant I was able to travel further afield and add extra pieces to my impromptu collection. So, the Apollo Pavilion in Peterlee and The Three Tuns mural from Coventry joined pieces from Yorkshire. 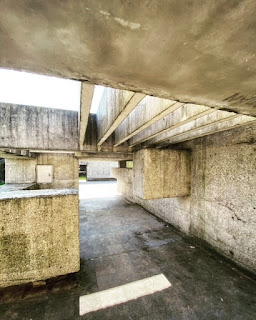 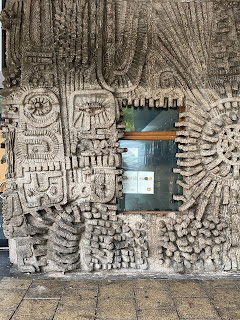 Three Tuns Mural, Coventry by William Mitchell
After many months of pottering and helping put together a photographic collection with Bill Ayres and Simon James Hadfield, I had the idea of collating my images in a similar way.

So, thanks to The Modernist Society, Rombold is accompanied on a perambulation by 18 other works; ordered from nearest to farthest from my home in North Leeds, in a little photo-book. 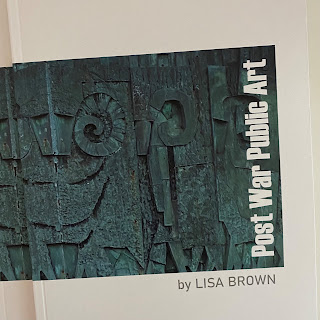