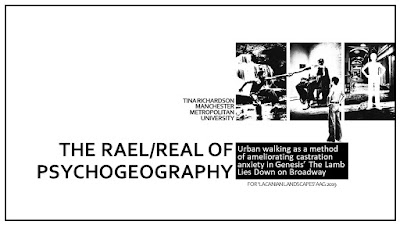 By analysing Rael’s behaviour in the story, Richardson demonstrates that by taking a psychogeographic approach to the physical space of the city, and the abstract space of his own mind, Rael manages to work his way through the aesthetics of living in New York, as a foreigner, by facing his own troubled past.
Posted by Particulations at 11:42