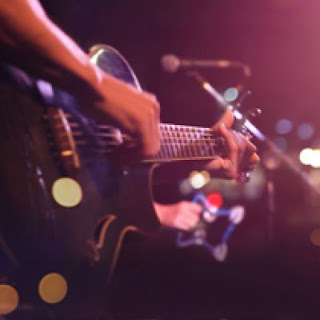 I have always been interested in aesthetics and taste in regard to music, and have noticed my own attraction to the style of music that tends to remind me of the that I liked when young. One example would be my love of Britpop and Indie in the 90s - a lot of it being influenced by psychedelia, for instance the more obvious music of Kula Shaker, but also early Blur’s There’s No Other Way (1991). Actually, this is one of the theories that I had assumed applied to our decline in regards to interest in contemporary popular music: that we were always pretty much going to like what influenced us most in our formative years. So the next two examples I am going to provide (both very current) relate to my (un-worked-through) theory above – we like the music that influenced us most when we were growing up – and the theory presented by Wallace in part 1 of the blog, what I have called the nothing-new-under-the-sun phenomenon. 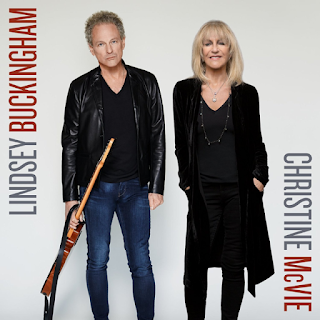 After a sleepless early morning about a week ago, I turned on Radio 2 to the Phil Gayle 3.00-5.00am slot and heard the opening bars of a song that, in my half sleep, sounded familiar. Yet I was aware I didn’t actually know the song. I remember thinking: “This sounds like it might come from the early 1970s, but if it does how do I recognise it and yet not know it?”. Then I thought: “It sounds like Fleetwood Mac”. It turns out that it’s a new song by Lindsay Buckingham and Christine McVie: In My World (2017). Now, I’m not a big Fleetwood Mac fan, although I do own Rumours on vinyl (who doesn’t – right?) and love the ending of The Chain. I’m also not a big fan of female singers. So, I am making an assumption that there is something nostalgic about it that I am attracted to. Well, it now seems to be on the Radio 2 playlist, but I have also downloaded it. I really like it. I only download about 1 new single a year – so that’s testament to how much I like it, I guess. 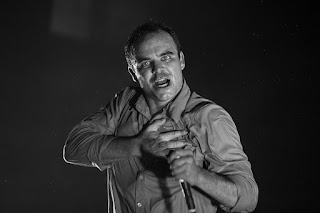 My other example is a bit more unconventional, and also reflects Wallace’s discussion on newness. I was watching BBC2’s Later With Jools Holland last night (2nd May). The second song was by a band I had never heard of before: Future Islands, with the song Cave (I’ve included this link here to their official video, but try and watch the performance, which is key to my experience of it, on the Jools Holland link above if it is still available – the song starts at about 4.20). When their set appeared, I thought it looked reminiscent of The Pet Shop Boys, and certainly the opening synthpop bars were. But then the song starts and the lead singer, Samuel T. Herring, starts moving about the stage in a very peculiar way, singing in a voice that sounds like it might have been adopted by an actor playing a pirate in a 1930s black and white film! He growls, he punches his chest, he hits himself on the side of his head and he cries – this is really a passionate performance and is absolutely entrancing! It definitely fits Wallace’s description of the experiences of newness that are much more commonplace in our youth, as I have never seen anything like this before. So, maybe I’m not quite the old fogey I thought I was…


“All those unapologetic old fogeys willing to take a stand and denounce the music of today have a lot more in common with the youth than someone like me. At least the fogeys are willing to trust their instincts, finding their kicks where they find them, and never minding the places they don’t.” (Lary Wallace)