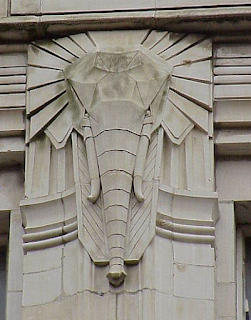 BIO: Roger Boyle is a dilettante psychogeographer part way through preparation of a monograph on “The Elephants of Ceredigion”; tracking Burton buildings is a welcome distraction. Jeremai Smith has been spotting Burton deco for some time and is author and maintainer of the most authoritative database and map of the structures known.
Posted by Particulations at 14:17