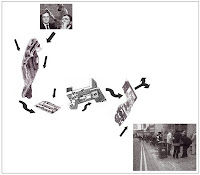 Please click below to see my other Situationist-based maps:
Guide Psychogeographique de University of Leeds
A Psychogeographical Guide to Hunstanton Promenade
Posted by Particulations at 16:37