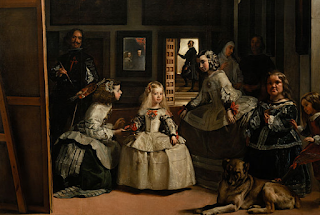 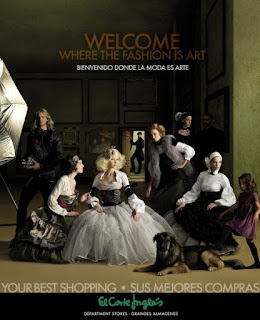 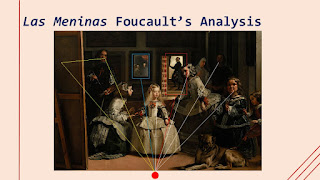 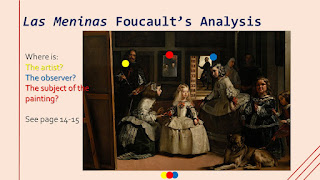 If anyone would like the slides, or would like me to do a lecture on it for their students, let me know. It's very interactive and its easy for the audience to place themselves in the position of observer (within the regular dynamics of a lecture theatre), and it is as if they are really looking at the painting itself - as if they are Velasquez or, indeed, Foucault...
Posted by Particulations at 09:56