The Fundamentals of the Psychogeographical Method - Conference Paper 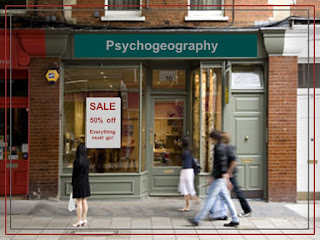 The Fourth World Congress of Psychogeography is happening again this year on the 8th to 10th of September at the University of Huddersfield. I thought you might like to see details from the paper that Fenella Brandenburg (occasional guest blogger here at particulations), is giving with David Bollinger (guest blogger at notanotherpsychogeographyblog).