The Cult of Guilty Pleasures: A Freudian Analysis of the Music Genre (part 1) 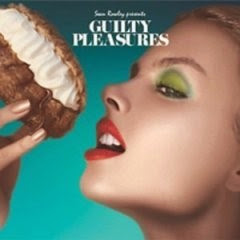 The Guilty Pleasures music albums represent a nostalgic reflection of the music of the primarily male singer-songwriter of the seventies and early eighties from the retrospective position of the 21st century. The compilations of mostly British music have been compiled by the Radio 1 DJ Sean Rowley. The first album in the series was published in 2004 and was extremely popular. Reviews and articles appeared not only in the popular music press but also in the broadsheets. The music caught the attention of the public. Its promoters subsequently dedicated a website to the cult of Guilty Pleasures at www.guiltypleasures.co.uk which has also spawned a club night.

The Guilty Pleasures music genre has been described as ‘naff’ or ‘cheesy’ by some critics and by those who may not be clear of the philosophy behind it. However, it is designed to represent what may have been considered in its day to be ‘uncool’, but what people secretly enjoyed and perhaps did not openly admit to delighting in. Because many of the songs are by singer-songwriters, the musicianship is considered to be of a high quality even if, at the time, the songs themselves were considered overly romantic, sentimental or quirky, and dismissed for those reasons. It is important to state that Guilty Pleasures is a retrospective and this means that it represents the past and therefore has a high degree of nostalgia attached to it.

It is apparent on a superficial analysis how Sigmund Freud’s theories around ‘guilt’ and ‘pleasure’ would create a convenient reading of Guilty Pleasures. However, after briefly explaining how ‘guilt’ and ‘pleasure’ could fit the genre, I would like to propose ‘narcissism’ as the primary Freudian model that should be applied: “where the libido is concerned, man has here again shown himself incapable of giving up a satisfaction he had once enjoyed.” (Freud 1995a, p.558).

In his lecture ‘The Sexual Life of Human Beings’ Freud describes how the child once removed from its mother’s breast can become attached to sucking his own thumb or tongue, making himself “independent of the consent of the external world as regards gaining pleasure” (1976, p.356). According to Freud the young child moves through three stages in terms of attachment to erotogenetic zones: oral, anal and genital. But, despite the fact that stimulation of these zones results in an enjoyable sensation the child will eventually have to “exchange pleasure for social respectability” (Freud 1976, p.357). In ‘Beyond the Pleasure Principle’ Freud explains how, in order to regulate the pleasure principle an individual will pursue an end which will lessen an “unpleasurable tension” and either produce a degree of pleasure or a cessation of the unpleasure (1995b, p.595). He goes on to explain that the main aim of the pleasure principle is to maintain a certain level of constancy within a given period, rather than to produce major peaks of excitation (ibid.). The pleasure principle eventually works in tandem with the reality principle, delaying gratification and helping the mature individual function in a social world (ibid.).

With regards to guilt, in simple terms Freud describes it as “fear of the super-ego” (2004, p.93). Being the regulator of the id (the instinctual drives) the super-ego acts as a social conscience. As Jacques Lacan explains (although he uses a different term to Freud) the super-ego “superimposes the reign of culture over the reign of nature” (2004, p.66). When the individual fails to act upon the rules imposed by the super-ego, the individual will feel a sense of guilt which is manifest in a feeling of anxiety because certain acts derived from the libidinal drives are prohibited and considered taboo. To keep these drives in check, civilisation, via the super-ego, sublimates particular desires. Indulgence in the guilty pleasure may provide short-term gain to the individual, nevertheless society instils in us from an early age the rule of deferred gratification. 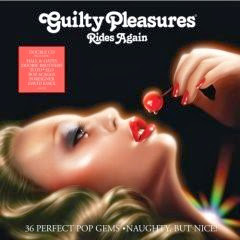 Following that brief analysis of these Freudian concepts it is apparent how the Guilty Pleasures music genre has received its name, even if it is a tongue-in-cheek label. A somewhat marginalised type of music, considered to represent a lack of taste, is, in a sense, forbidden. Any indulgence in it by an individual would, theoretically, create a sense of guilt because it is outside of what society would deem aesthetically credible (hence, not desirable). In fact Freud even goes as far as saying that the desire alone would cause a sense of guilt, regardless of the fulfilment of the act (2004, p.77). In his book An Intelligent Person’s Guide to Modern Guilt Paul Oppenheimer offers an alternative to Freud’s definition of ‘desire’ that may be more fitting to Guilty Pleasures. He does not see desires as simply being appetites but part of the human imagination (1997, p.90). Oppenheimer believes that a large part of desire is attached to abstract language and features “fantasy, dreaming, anticipating, wishing and visualizing.” (ibid.): the qualities that are considered by many to differentiate humans from ‘lower’ animals. Guilty Pleasures could be described as a method of fantasising about a past time, a wishing one was back in a time where life was more happy/carefree/romantic. And it is certainly true of music that if it has meaning to the individual it is accompanied with strong visual cues in the mind’s eye.

Michael Billig discusses how late capitalism brings about a different emotional dynamic for the postmodern individual from that existing in Freud’s time. He offers Zygmunt Bauman’s example of “seduction rather than repression” as a model for consumer society (1999, p.256). In this case we could say that the socio-economic system actually encourages the fulfilment of desire providing it furthers consumerism. Terry Eagleton explains that Freud’s definition of ‘sublimation’ means directing desires “towards a more socially valued end.” (1983, p.152), therefore this may simply be a matter of semantics rather than any threat to Freud’s theory of ‘repression’: because consumerism is socially valuable the desire to consume is not placed within the category of the forbidden, hence there is no repression in the first place.

Guilty Pleasures certainly represents a postmodern product in that it reflects the element of nostalgia associated with postmodernism (Frederic Jameson, The Cultural Logic of Late Capitalism, 1984). It also highlights postmodernity’s appropriation of a past style into a new format, thus creating a new narrative. When looking at cultural objects as texts, language, as a theory for the constitution of the subject can be offered as an alternative to Freud’s model which is grounded in the sexual. Billig challenges Freud’s belief that desire originates in biology. He says: “Because we speak, we have desires which must be repressed.” (1999, p.71). Billig sees our desires as being evoked by language, and if desires are not repressed then “the moral order, would be threatened.” (1999, p.72). Later he explains how using a model of language to represent repression enables us not to dismiss an ideological function constituted by societal change (1999, p.258). Therefore, using the language formulae of the psyche proposed by some of the Neo-Freudians may be a more useful interpretation of a cultural object if we decided to analyse it in narrative form.

In his essay ‘The Mirror Stage as Formative of the I Function’ Lacan explains how upon seeing its reflection in the mirror for the first time the small child is transformed by this identification in which he delights (2004, p.4). This transformation takes place because prior to this the child was not differentiated in terms of itself as opposed to ‘other’. The “ideal-I” that the child sees before it in the form of an image, is what constitutes the initial development of its ego. However, Lacan states, this moment will also be problematic in that is sets a future framework for the individual’s identification in regards to its place in the world which will always only allude to reality because it implies a type of permanence which does not exist (2004, pp.4-5).

Eagleton explains how the child and the image of the child in the mirror are analogous to the ‘signifier’ and ‘signified’ of Ferdinand de Sausurre (1983, p.166). This represents Lacan’s “Imaginary Order” in that “objects ceaselessly reflect themselves in a sealed circuit” (ibid.). The child when viewing his image for the first time has a sense of completeness. However, the disunity inherent in the Symbolic Order, the phase which the child later moves into when he discovers language (the equivalent stage to Freud's Oedipal Phase), has not yet taken place. The child is still embedded in the imaginary, which is the unconscious, a place that Lacan sees as being structured rather like signifiers, with no stable meanings. Eagleton says that for the child: “No gap has yet opened up between signifier and signified, subject and world.” (ibid.). How desire fits into Lacan’s model is by the virtue of the lack inscribed in language. The lack of a ‘transcendental signified’, as defined by Lacan (Ecrits, 1966) and Derrida (Writing and Difference, 1967), results in a desire for a fixed meaning and for a fulfilment which cannot be attained in the symbolic.