Walking Inside Out – Introduction Extract 1

What is British Psychogeography? 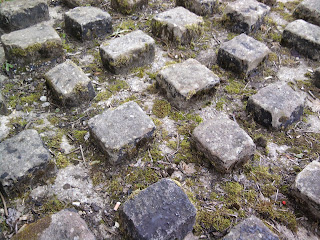 This is the first of a series of short extracts from the upcoming publication Walking Inside Out: Contemporary British Psychogeography.

While this volume concentrates on British psychogeography, dividing international and home-grown psychogeography into clearly delineated groups is not representative of the lineage of contemporary urban walking. Psychogeography is about crossing established boundaries, whether metaphorically or physically, locally or globally. The Situationists did not limit their psychogeography to their own location, Paris. They walked other cities, such as Venice and Amsterdam and incorporated existing maps of cities, for instance of the New York and London transport networks, into their own maps. Recent projects in the UK have involved international cities working together. One example was the Leeds-Dortmund Project (part of Superimposed City Tours 2003-03) and incorporated a simultaneous psychogeographical mapping of both cities and their accompanying narratives. The newly created superimpositions were then seen as a virtual city, this third city resulting from the overlap of the other two. So, too, British psychogeographers often do not limit themselves to just British towns and cities. Will Self’s Psychogeography (2007) includes walks in Liverpool and London, alongside those in Istanbul and New York.

This volume sets out to demonstrate the diversity of urban walking in Britain today through the numerous factors that make up the walk itself: the individual walker(s), the space of the walk (town/city, rural/urban/suburban, and so on), the ‘method’ (if there is a defined method being utilised and, in fact, if there is no method is this also a type of method for carrying out psychogeography), and the phenomena under observation/critique (urban décor, surface textures, prohibitive signs, other people, buildings, cars and so on). These are just a few of the factors that influence the walk itself. One could look further at factors such as night versus day-time walking, as this also greatly changes the experience, and also the weather, especially in somewhere like Britain where it can change from moment to moment. The city looks hugely different on a bright sunny day than when it is overcast. These features of the walk change the subjective nature of the walk in the same way the intentions of the individual walker does.

Related Links:
Walking Inside Out – Available for Pre-order
Posted by Particulations at 16:40