Kitsch and the Danger of Guilty Pleasures – Pt 3 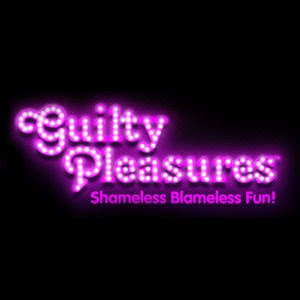 Please click here for part 1 and part 2 of the blog.

At the Guilty Pleasures clubnight Sean Rowley played either another mix or his own mix of Independent Women vs. Dreadlock Holiday. This was a much more equal balance of the two songs and included large exclusive parts of Dreadlock Holiday where whole verses were played interspersed with verses from Independent Women. This made it much more appropriable in terms of the signification of Guilty Pleasures. When becoming a relatively equal hybrid of the two songs the power of the myth is increased through its generic attraction. It is not quite one song or the other; its appeal is spread over a greater possible reception to it. Many individuals will connect to it due to its interpellative calling: like I did myself to Dreadlock Holiday, like the other students did to Independent Women. But, not only was I in a different 'headspace' to my fellow clubbers (it is possible I was the only person interpellated by the Dreadlock Holiday aspect of the song on that particular night), but they were all in different spaces to each other because of their mapping of their own personal histories onto the song. Yet they (we) all felt connected (actually I was alerted to the more obvious differences because of my age and because I had a sudden realisation at the time that they were dancing to a different song to the one I was dancing to). But, what I want to make specific reference to here, is the specifically individualised face of the myth in that it appears to speak to 'me' in a special way. This is what Roland Barthes means when he says that the myth acts like “a magical object springing up in my present life without a trace of the history which has caused it.” (2000: 125).

Like Theodor Adorno, Barthes spells out the danger of this 'calling' and how it has a specific relationship to history. However, Barthes explains particularly well how we are effected as individuals when caught, in the moment, by the ideology of the myth. Guilty Pleasures both affects us. We have a sensation of something - of a past life, of someone we once were, of a 'happier' time, perhaps. We are caught up in the myth of Guilty Pleasures, we do not recognise that “this interpellant speech is at the same time a frozen speech: at the moment of reaching me, it suspends itself, turns away and assumes the look of a generality: it stiffens, it makes itself look neutral and innocent.” (Barthes 2000: 125). The language of the myth becomes selective and partial because of what we choose to connect to in the history presented to us; at the same time it presents itself in such a way that what it is saying is taken 'as read', it is how things are, it is 'natural'.

The myth disguises itself through this innocence. Because “the truth of kitsch is its falseness” (Adorno 2002: 362), something is presented to the myth reader that appears to be non-threatening and inviting. For Guilty Pleasures this could be thought of as a past version of the individual being interpellated: how could a former 'me' be a threat? However, whereas in the past warnings were given to individuals not to buy kitsch because it was 'bad taste' and mass produced, nowadays individuals generally understand the concept of kitsch, it is much more recognisable. Nevertheless, I believe this knowledge does not make the individual impervious to its calling. Because the individual is aware that something is kitsch (in the sense of falsity) they enter into a relationship with it on the assumption they have total agency in this exchange, but kitsch operates on another level. I would describe this relationship with kitsch to be rather like that of the simulacra: a reflective mirroring which continually circulates and has no resting place. The present looks back at the past which is what creates the calling; the calling emanates from the individual but they have projected it onto the song and believe it to be outside them; the song, in its very personal way, hooks the psyche (the unconscious) of the individual; and yet the individual feels they are controlling this process because they 'know' this thing to be kitsch. The knowledge that something is kitsch does not prevent one being interpellated by it: the chosen object has already interpellated you before you consciously realised it was kitsch!

Finally, I would like to return to the history aspect of this blog (although we have never left it) and see what might be recuperated in Guilty Pleasures. Much more can be said about how history operates through ideology, especially by Adorno and Barthes, however I have been selective in my references to history in order to include the other aspects of the kitsch object that relate directly to Guilty Pleasures. But it is the history that is available in the object that the individual chooses not to see that is what might actually save it. Adorno cynically describes the positive aspect of kitsch as being the possibility that in the moment you may “realiz[e] that you have wasted your life” (1998: 50). And, Barthes explains that the concept in the second semiological level is “open to the whole of History” (2000: 121). Just because the interpellated dancer at the Guilty Pleasures clubnight chooses to see her own past in the nostalgic song does not mean other histories are not available. The histories available are endless, but they need to be sought out, as Adorno says we need to participate in history by engaging in an active way.

It has been my intention here to help Guilty Pleasures reveal its own secret. I did not have a particular end result in mind when I set out, and, as a fan of Guilty Pleasures, I was cognisant of not putting too positive a slant on it (although I hope because of that that I have not done the opposite). Critiquing a cultural object you actually enjoy, and in which you participate, makes for an interesting and self-reflective experience. Not that the enjoyment and the attempts to understand that process are separate.

As I stated in the opening to my blog: Guilty Pleasures is overdetermined in terms of areas available for critique. But it has been my intention here to look for something within Guilty Pleasures that is consistent: irrelevant of gender, time or class. I have attempted to find a common thread which would be relevant to all individuals who have participated in Guilty Pleasures, or will do so in the future. And if that moment represents a history to the individual - and if, as Adorno says, history takes place in language (2000 p.248) – then the Guilty Pleasures dancer/listener, in their communion (communication), is also participating in a present and (and future) history that is unfolding around them. As Adorno says: “The comprehension of an artwork as a complexion of truth brings the work into relation with its untruth, for there is no artwork that does not participate in the untruth external to it, that of the historical moment.” (1997: 347). Whilst the listener/dancer engages with a past self that is projected onto the song, they are simultaneously engaging with Guilty Pleasures and in everything it represents, which can only ever exist in the moment of its own production, in the now of the listening or the dance.

Click here for more Roland Barthes related work: The Semiotics of Space and the Culture of Design