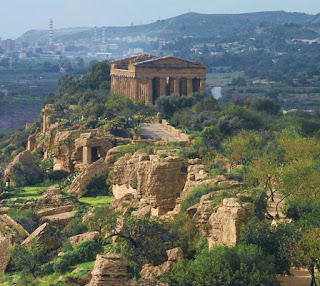 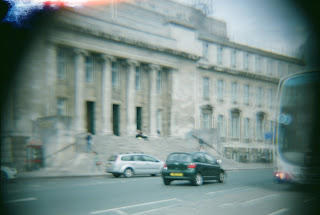 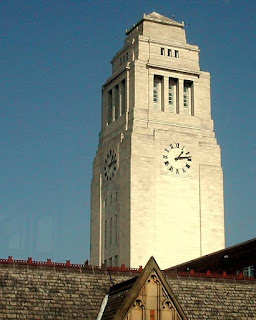 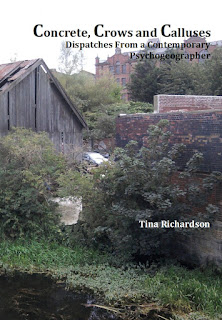 Tina Richardson discovered psychogeography while studying the Situationist International. Her own interest in this particular form of urban exploration comes from attempting to challenge both the homogenising effects of urban planning and the way power is manifest in urban space. While Tina is particularly interested in the marginalisation of specific social histories, she also believes in the accessibility of practices that come under the general umbrella of psychogeography.

Tina's book is available here, where you can also read reviews, see ratings and also see the first few pages of the book: Concrete, Crows and Calluses

The writer Ian Marchant has kindly written a blog about the book: Teachers Getting Lost
And so has Mythogeography

Below you can read the preface and contents page . . . 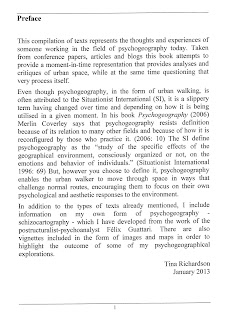 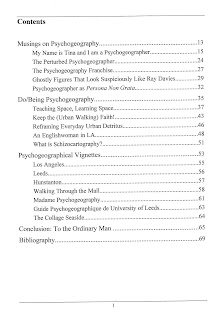 Posted by Particulations at 12:02 No comments:

The Morphology of Trinity 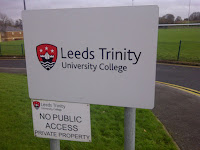 Last Sunday (3rd February 2013) I went to investigate the topography of Leeds Trinity University College campus. It is about 30mins walk from my own house in Horsforth. As you can see from the map below, a large proportion of the campus is dedicated to playing fields and sports facilities. The map also shows a nature trail which I hadn't noticed when I was visiting (note to self: revisit needed).

Below is the main building on campus. This is where the reception is located. On the map it looks huge (it is the large square building with the courtyard in the middle - the size of the Pentagon!), but on the ground it seems much smaller. I went in to ask at the security desk if there was a cafe open at the weekends, but there isn't. However, on paying a few pence, the chaplaincy will let you make your own coffee in the chapel kitchen. Very nice!! 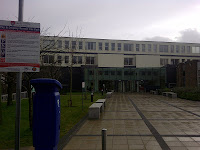 Leeds Trinity University has undergraduate courses such as Accounting, Business, English, Journalism and Media. It recently achieved university status (2012) and can now bestow its own degrees. They have also just rebranded, to account for this (big banners at Horsforth train station). The news du jour on their website states that applications are up by a whopping 61%! My guess would be that this has a lot to do with the recent hike in tuition fees, making it far cheaper to gain higher education locally, while still living at home. That and the fact that student fees there are £8,000 (I am loathe to say 'only'). While this is still a huge amount, it is less than the fee at most other universitys.

The campus is an interesting place, a modern suburban college-university on the edge of a small town, Horsforth (Leeds, UK). However, I  hardly ever seem to see the students around in the local High Street when I am up that way, even though it is only a short walk away from the campus. There is also a neat little Trinity bus (free, I think) that does a regular circular route around the area. I feel that there are a good number of students at the university, not just going by the large selection of courses, but also because of the many halls of residence based on the site (see below). So where do they hang out??? 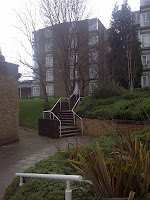 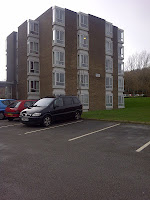 Posted by Particulations at 15:25 No comments: