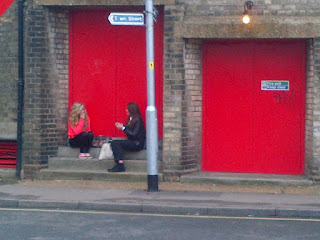 In part 1 of my blog I took a general look at some of the changes in King's Lynn since I left in 1987. This blog is going to discuss a couple of the buildings in the town, starting off with the new(ish) St James Street Car Park which Kevin Beresford of the Car Park Appreciation Society describes as "without compare" in his AA sponsored research on the docking of the country's favourite piece of technology. 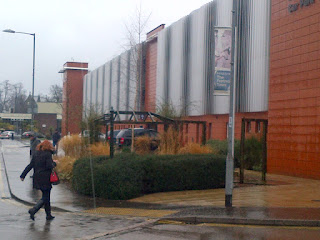 The architects were Pullman Associates and it was completed in 2005 at a cost of £6m. Beresford goes on to describe the 700 parking space car park, in very prosaic terms, as "spacious, well-lit and adorned with beautiful red brickwork, complemented by slinky silver vertical aluminium fins that create a rippling wave effect." Although I'm not an expert like Kevin, I must admit when I first saw it I thought it was a sports hall. But, I quite liked the look of the building, despite the poor light on a dreary day. It is much more attractive than most car parks. Kevin, it seems is also the founder of the Roundabout Appreciation Society, so clearly an authority on urban décor. 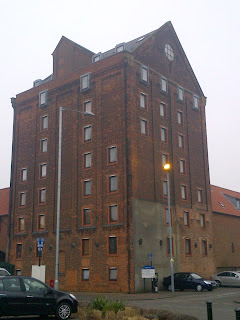 This is the Granary on the edge of a the Baker Lane car park. It is now a residential conversion with modern flats also attached to it. I like the building, I always liked it as a child. I'm pleased it hasn't been pulled down, although half of two sides of it are now hidden by the new flats. This is what Wikimedia Commons says about it: "Original site of the 'Baker Lane Oil Cake Mill', a four-storey linseed oil mill and warehouse that was destroyed by fire in 1899. Rebuilt for Henry Leake and Son in 1900, making linseed cake for cattle feed. This tower became a granary after 1945, and was retained (converted) as part of a courtyard complex of residential apartments built and converted from between 1985-87." So it looks like it was converted at just about the time I left KL. 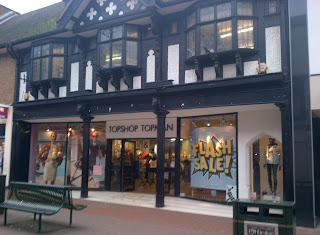 This is Top Shop in the High Street. It was Boots the Chemist a long time ago. It was very close to the site of Ladymans, a lovely little deli that I used to visit with my Mum. The architecture was very similar, as you can see in this photo of Ladymans below. 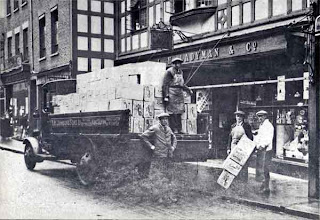 Ladymans was quite 'posh' and had a nice cafe upstairs with a balcony overlooking the deli downstairs. Entering Ladymans was like entering the past. Even in the sixties it still had little pulleys attached to the ceiling that moved the cash and receipts around the place, I guess to the accounts office.

This is my last blog on King's Lynn, but there is an upcooming blog about ye-old-record-shope phenomenon soon, which will also mention King's Lynn. 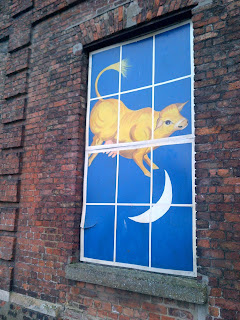