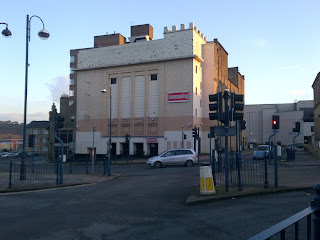 This is the final part of the blog looking at psychogeography’s detractors. Please click here for part 1, part 2 and part 3.

What has been written about the urban spaces we occupy influences how we see those spaces to begin with: “there is no city that is simply outside the network of texts that circulate and shape our experience of the city” (Highmore 2005, 141). However, if we look at the reverse of this then we can also influence how our city is perceived through our explorations and writing of it. Our cities are in a continual state of flux, despite the appearance of some stability. Have you noticed how you see new hoardings appear, then later the building work begins behind the hoarding, then upon completion the hoardings are removed and the new building appears in its fullness? In a very short space of time you will have forgotten what was previously in its place. The space will become stable again. This stability is an illusion which is a side-effect or urban planning. Psychogeographers are one of the groups of writers who remark on the changing nature of space and contribute to the history of these places, the very spaces on our doorstep.

Possibly because of the prominence of the creative-writing/creative non-fiction background of many urban walkers historically, psychogeography has often been highlighted for not being critical enough of itself – although I believe this is unjustified. I would like to defend this strand of psychogeography and say I do not think this is necessarily the job of these writers any more than it would be for travel writers to critique their own field. However, for those of us in academia who are interested in psychogeography from a theoretical and/or methodological perspective, this is our job. One of the comments on the The Great Wen: A London Blog attached to the post mentioned previously, written by ‘Jason’, says: “Psychogeography has about as much rigour as spoon bending but I’ve always had a weakness for it” (cited in Watts 2014). So, let's change that perception.

It is difficult to get to the bottom of what some of these generic criticisms of psychogeography actually mean. In these instances I always want to ask the rhetorical question: ‘Which type of psychogeography are you talking about?’. However, I have to assume by their question that these individual’s think that all psychogeography is the same, since there is no nuance in their remark (although Jason does seem to actually like psychogeography despite this). It is quite apparent from researching psychogeography (especially that of the Situationists), that it has, and continues to be, critically assessed. I hope Walking Inside Out demonstrates that psychogeography can be rigorous when applied methodologically and it can also be aligned with relevant theories in order to be used to explore urban space by those in and outside academia.