The World Congress of Perambulatory Sutures 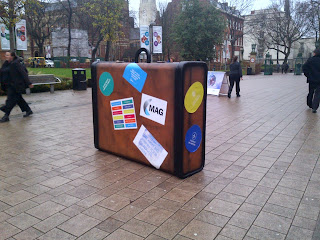 The World Congress of Perambulatory Sutures took place in the North of England this last week, culminating in two extraordinary events, one held in Huddersfield and one in Leeds. I use the word ‘extraordinary’ here in the definition of both ‘unusual or remarkable’ and also ‘specially convened’. These events were ‘Class Wargames’ at the University of Huddersfield (13th May 2015) and ‘The Inside Out of Walking Inside Out’ at the University of Leeds (14th May 2015). Psychogeographers travelled through time and space for these events. From as geographically far away as Paris, as temporally distant as the London Psychogeographical Association of the 1990s and as virtually far away as the online Outbounding forum, The Art of Exploring. 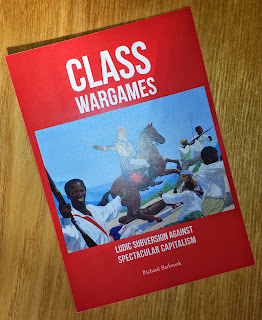 Class Wargames
University of Huddersfield 13 May 2015

Dr Alexander John Bridger arranged for Fabian Tompsett, Richard Essex and Dr Richard Barbrook to introduce Class Wargames to interested parties: gamely academics, itinerant psychogeographers and general ne’er do wells with a curious nature. Class Wargames is based on Guy Debord’s ‘The Game of War’ and in his honour alcohol was included in order to help channel the God of the dérive. Sides were taken, swords were drawn, turrets were stormed – all in the name of class and psychogeographical boundaries.

Anyone partaking in Class Wargames may put themselves forward for ‘activist’ or ‘associate’ status once they have played. However this title can only be tenuously attributed to those who drank so much they could barely even pronounce ‘Debord’ and also those whose attention span was equivalent to that of a single-celled organism.

The 8 hour long game culminated in a win for the underdogs – or rather underdog as by this time three of the four players on that team had found the Harold Wilson statue and spent the last two hours of the game discussing the Bolsheviks and feeding him crisps. For some, the event was a dérive in itself, as they walked from Huddersfield through the night straight to the event that took place the next day at the University of Leeds, sleeping under a bush in the Vice Chancellor's garden till woken by maintenance staff at around 7.00am. 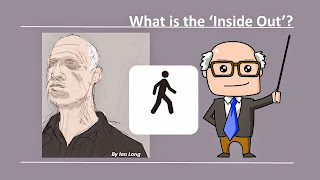 At ‘The Inside Out of Walking Inside Out’ Dr Tina Richardson not only led us on a wander through her new edited volume, but also through the scene of British urban walking in the 21st century. Plying the audience with wine gums, marshmallows and chocolate buttons, she attempted to bribe the audience into buying the book by giving away key rings. One of the audience members stormed out half way through in protest at “the lack of alcoholic beverages at a freakin’ book launch” and threw his key ring at Richardson, knocking off her trilby. Richardson had to pass over to Dr. Bridger to continue reading while she snorted from her Bach Rescue Remedy teat pipette in an attempt to recover.

Richardson was her usual contentious and unagreeable self, throwing terms like ‘post-Sinclairian’ into the mix in order to start an argument, at the same time alienating all the literary psychogeographers in the audience and the London-based ones in one fell swoop – not least Sinclair himself. She explained ‘the new psychogeography’ to everyone, stating pretentiously that since she hadn’t got too much time left before she retired “one must strategically carve out a place for oneself in order to become part of psychogeography’s heritage”.

The talk ended with the swearing in of a new World Congress secretary and treasurer, followed by an indoor psychogeographical trip, led by Dr Andrew Evans, around the School of Geography.

We, The World Congress, believe that the cumulative effect of the geographical concentration of these two events in the week beginning 11th May 2015 has probably shifted psychogeographical ley lines across the UK, or at the very least at significant points north of Birmingham. It is also quite likely that at what are known as ‘perambulatory hinges’, such as the one located at the University of Loughborough near the brutalist halls of residence (Towers) and also that situated on the roundabout near Burley’s Flyover in Leicester, have been totally thrown off orbit!

You can also see Dr Bridger's account of events, including much more information on the game itself, here: Not Another Psychogeography Blog:

"Lest we forget to mention, there was a special guest appearance by David Bollinger, Director of the West Yorkshire Association for Psychogeography at the Class Wargames event at the University of Huddersfield. His contribution was vital to enabling the Austrians to win the battle of Marengo, thus turning history ‘on its head’ and preventing the French from winning!"
CEO of Huddersfield Psychogeographical Network
Posted by Particulations at 12:32