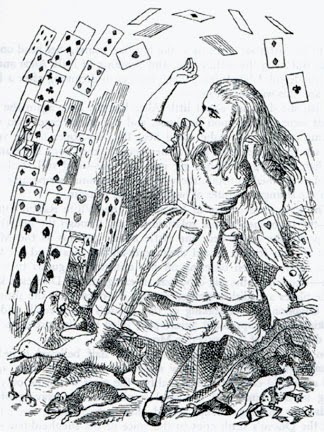 Before I turn to what I think might be the main thrust of Bourriaud's predilection for Guattari, I would like to briefly discuss the concept of 'partial objects' because Bourriaud makes direct reference to this concept in relation to Guattari. The work that Deleuze and Guattari did in A Thousand Plateaus and Anti-Oedipus is anti-Lacanian, so little reference is made to 'partial objects' a term coined by Melanie Klein to describe objects that have at one time been connected to the child, for example, the mother's breast, and also the faeces. Jacques Lacan developed this notion further into his own concept, the 'objet petit a', the imaginary part object which can never be totally separated from the body and is a remainder from a time when the child had not become distinguished as an individual: a residual of a prior state, before language took them up as a subject.

While Deleuze does not use the term much (it is barely used in his Cinema series of books, and on the occasion it is it is only used in criticism), Guattari is happy to talk about it in Chaosmosis. He demonstrates how the partial object becomes the “partial enunciator” enabling the artist to “detach and deterritorialise a segment of the real”, and offer both sense to the participator, while posing the notion of alterity (1995: 131). Bourriaud offers almost a page to his discussion on the partial object from a Guattarian perspective, the “partial enunciator”, explaining how it becomes a “semiotic segment” which then can work autonomously within art production through such activities as “sampling of pictures and data, recycling now socialised and historicized forms [and the] invention of collective identities” (2002: 100). It is possible that Guattari's lack of rejection of the “partial object” - despite the fact that in the capitalism and schizophrenia series Freudian and neo-Freudian models of self are rejected by the two writers - is because of his psychoanalytical background.

What I would now like to look at is what might appear initially as a surface manifestation of style between Guattari and Deleuze, but is also one of content and theory: chaos versus order. Guattari and Deleuze would not be happy with the binary distinctions I have imposed on their work in order to set up a contrast between them, but I am choosing this because it is the only point where Bourriaud makes direct reference to a preference between them, my previous analyses being only perceived differences that have come about through some detective work. I believe it is this chaotic (chaosmotic) aspect that can also be related to his introduction of Althusser's aleatory materialism and philosophy of the encounter, what Bourriaud refers to as “random materialism” (2002: 18).

Althusser developed this idea from his study of Machiavelli, Spinoza and Epicurus and lays it out in 'The Underground Current of the Materialism of the Encounter', where he develops Spinoza's and Machiavelli's notion of the void and how it evacuates first causes. This void is full of possibilities because it allows for the potential of emergence. How things emerge is through chance encounters. Althusser has based this part of his theory on Epicurus’ atomism, where atoms move through empty space in parallel trajectories and do not touch. However, Althusser takes this notion of the void and looks at the event which arises from a chance encounter (a swerve of the atom). How he ties this in with Machiavelli is that this event can become a place of leverage, and of power. It is this aspect of Althusser that Bourriaud appears to be attracted to rather than his more rigid and structural ideas of subjectivity, and he makes reference to this when he explains that Guattari's method “consists in bringing to the boil the structures fixed by Lacan, Althusser and Lėvi-Strauss” (2002: 89-90). What Bourriaud is attracted to in Althusser are the elements that converge with Guattari: history has innumerable possible outcomes which are never fixed (there is no telos); subjectivity as ever-changing and being formed through social relations; and events occurring in singular moments that cannot be totally anticipated (chance encounters).

On page eighty-seven of Relational Aesthetics, Bourriaud states his preference for Guattari's 'chaos' over Deleuze's 'order': “[Guattari's] phrasing is thoroughly oral, chaotic, 'wild and outrageous' (dėlirant), off-the-cuff and littered with deceptive short-cuts, quite unlike the conceptual order that presides over the writings of accomplice and fellow Gilles Deleuze.” (2002: 87). It is because of this clear statement for a preference for Guattari's 'chaotic' orientation as opposed to Deleuze's more ordered approach that I shall now look at this difference. I will do this by looking at the references that Bourriaud makes to Chaosmosis and contrast this to Deleuze's The Logic of Sense (1969), not because Bourriaud makes any reference to The Logic of Sense in his book, but because of the formalised format of the book and because the book is concerned with making sense out of non-sense (one could say: creating order out of chaos). For Deleuze nonsense is not the opposite of sense but actually gives value to it.

Before I further examine Deleuze and Guattari, from a Bourriaudian perspective, I would like to briefly introduce the two books from the perspective of form, before proceeding to a more in-depth analysis of the differences in content and theory. Not least because form and content are oppositions which are challenged in relational art, but also because Bourriaud makes direct reference to the style of articulation in the above quote when commenting on Guattari's mode of approach.

The Logic of Sense consists of a thirty-four short chapters on what Deleuze calls “series”. These series are paradoxes which Deleuze examines in order to 'make sense' out of them: he looks at what appear to be nonsensical situations or words (this book is all about language) and demonstrates how sense can be made from them. Examples he uses are the portmanteau words of Lewis Carroll, and the thought and speech of the schizophrenic. Deleuze looks at how meaning and meaninglessness converge and at this point sense arises; he provides an extremely elaborate, complex and logical analysis of how this occurs. Each chapter is structured in a very similar way and can almost be read in isolation in relation to their specific subject (chapters are oriented around subjects, for example: paradoxes, games, language and nonsense), although there is a subtle building up of theory as you move through the book. In each chapter Deleuze firstly introduces his own sample and his problem: for example, how the cause/effect duality is really the body/language problem (to eat or to speak, as in Alice in Wonderland). He discusses these issues in the light of other philosophers, such as Plato or one of the Stoics, appearing to go along with their argument in the initial stages but actually using it to challenge them or as a foil to propagate his thesis. He then returns to his own example and either provides an answer (often partial), or offers enough information and enough of a solution, to point the reader towards a direction he will move in in a later chapter. This style is not unique to The Logic of Sense and can also be seen in Difference and Repetition.

In Chaosmosis Guattari's chapters, whilst connected in their concentration on subjectivity, could almost be read in any order: it is even the case that two chapters that appear to be related are not together in the book ('Machinic Heterogenesis' and 'Machinic Orality and Virtual Ecology'). The text reads like a 'stream of consciousness'. Guattari's style is rather more one of commentary, and it is possible that the reader may get a sense that there is less space between themselves and the author than there is when reading Deleuze. While it may appear that this could be the opposite situation to one that usually arises when a psychoanalyst writes - clear divisions being set up between analyst and analysand in traditional psychotherapy - this might reflect Guattari's revolutionary approach to therapy: while at La Borde, one of Guattari's challenges to conventional therapy was to break down these classical boundaries. Bourriaud describes Guattari's style as a “scriptorial flow” and he particularly likes how Guattari produces images out of his work by using physical phenomena to promulgate his theory (2002: 86).

What I shall now look at his how 'making sense' of something could be argued to be a totalising effect and could be contrary to a notion whereby a work is concerned with the “modelling of possible universes” (Bourriaud 2002: 13); even if this is only a function of approach and style and not a reflection of philosophical orientation. It is important to state that I do not believe that Guattari and Bourriaud negate the idea of 'making sense'. However, there is a finality offered in Deleuze's model of providing a means for making sense, and the resolution provided in that move. I would like to emphasise that I do not see Deleuze's theory as being totalising, rather more his choice of subject-matter and his demonstration of how language operates. For example, here he is discussing the totalising nature of knowledge and how language organises it: “And whatever totalizations knowledge may perform, they remain asymptotic to the virtual totality of langue or language. The signifying series organizes a preliminary totality, whereas the signified series arranges the produced totalities.” (2004b: 58).

While I think Deleuze's analytical approach is an extremely valuable tool useful in helping to understand the problems of paradoxes or, what might appear as, gobbledegook, it could be considered to be contrary to Guattari's open-ended orientation. This can be seen in Guattari's chapter in Chaosmosis 'The New Aesthetic Paradigm' where he states: “The metabolism of the infinite, proper to each assemblage, is not fixed once and for all.” (1995: 101). It is also the case that Deleuze's resolution of the paradox is synonymous with his resolution of binary oppositions: in showing how the paradox is resolved he is also revealing how oppositions can be reconciled: which is a kind of deconstructive move. But, the effect of that 'deconstruction' does not open up possibilities but, rather, by bringing confusion to an end also brings with it closure.

To demonstrate where I see this totalising versus open-ended difference between Deleuze and Guattari taking place, I shall now look at Deleuze's resolution of the paradox in The Logic of Sense, while contrasting this to Bourriaud's references to Guattari that hinge around the articulation of worlds, differentness, heterogeneity and aesthetic fluidity. I think it is this aspect of relational art that Bourriaud believes Guattari's theories reveal; and while this cannot be separated from a discussion of subjectivity, which is what Chaosmosis is about, I think it is important to talk about what it is that Bourriaud sees relational art as 'doing'. This is clarified when Bourriaud discusses how, for Guattari, production and subjectivity are implicit. Here Bourriaud is commenting on Guattari's explanation that the activities of the individual bring about a production of subjectivity, which enables a relationship with the world, allowing them to grow:


A definition that ideally applies to the practices of contemporary artists: by creating and staging devices of existence including working methods and ways of being, instead of concrete objects which hitherto bounded the realm of art, they use time as a material. (2002: 103).