Chamberlin Powell and Bon in Leeds 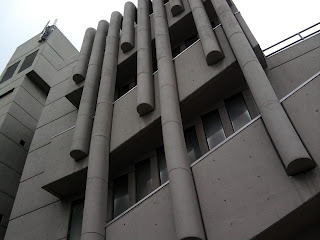 For Part 1 of this blog, please click here: Chamberlin, Powell and Bon in London

Thanks to those of you who met me at the Barbican in my last blog. We are now in West Yorkshire at the University of Leeds, taking a look at the work that Chamberlin, Powell and Bon (CPB) undertook on the campus in the 60s, as Master Planners for the big post-war campus project. The challenge for the university and CPB at this time was manifold and included such problems as creating a holistic and cohesive campus, offering a look and feel that would signify the vision of a new university, and to do this within the scope and limitations set by both the university and the city itself. The two plans they produced at the early stages of the project are not only fascinating to read, but works of art in their own right (see below).

The photos shown in this blog are of the Roger Stevens Lecture Theatre (colloquially known simply as 'Roger Stevens'). People's views on the aesthetics of the building (students and academics alike) are polarised. However, I think many feel that way about Brutalist architecture generally. The organ-pipe clad concrete-formed Roger Stevens is a prime example of Modernist sixties architecture at its best. Recognised as a Grade II listed building in 2010, its existence has since become justified, following the period in the 70s and 80s when people began to lose faith in the Modernist project, and councils started to pull down their public housing projects (see information and photos on the Pruitt-Igoe, or watch Godfrey Reggio and Philip Glass's superb film Koyaanisqatsi to see its demise). 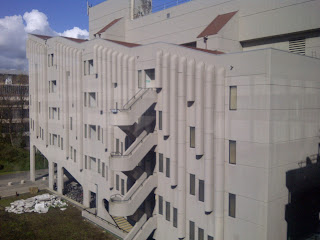 The original design for the Roger Stevens was very different from the final lecture theatre, as can be seen in the architecture's mock-up below: 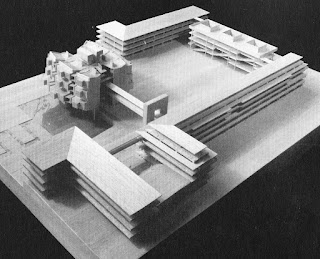 The final Roger Stevens is woven into the campus via raised walkway access (as above) which seamlessly takes you from the higher ground further up the hill, directly into the building. However, once inside things begin to get complicated. Most people find it hard to negotiate because of multiple staircases and what seems like an unintuitive layout. I have been at the university since 2005 and always have a problem finding the actual lecture theatre I am looking for.

One of the more intriguing and lesser known facts about the Roger Stevens, though, is that a broadcasting studio was built in the basement. I didn't know about it till 2012 when an exhibition was held there: Celine Condorelli's 'Additionals'. I went to the private viewing and include some of the photos I took of the event below: 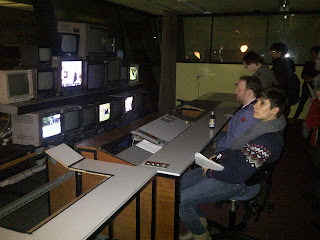 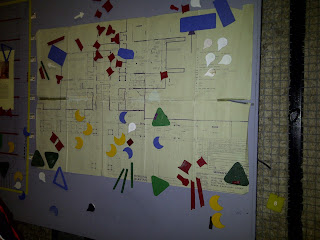 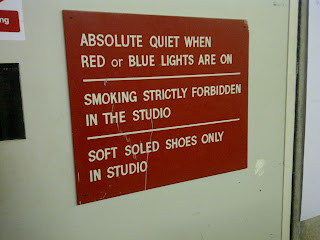 In the last blog I mentioned how little information there was on CPB, especially by themselves, however I did come across an article by Chamberlin in The University of Leeds Review (May 1969) entitled 'The Evolution and Realization of the University Development Plan' and include a quote from that article here:


A university should have a sense of wholeness which is not fostered by segregated planning. [...] An early task in evolving a Development Plan was to establish valid principles of design calculated to meet the ascertainable need of the University and to invent a vocabulary of design which could be relied on to meet a whole variety of situations and problems.

In the conclusion of Elain Harwood's chapter on the University of Leeds in the RIBA commissioned book, Chamberlin, Powell and Bon, she says of their work at Leeds:


That the Leeds plan as originally envisaged by Chamberlin, Powell and Bon was never fully realised became inevitable following the imposition of financial restraints. Building struggled on through the 1970s, although after 1973 funding was cut by 90 per cent. Powell recalled that 'the government eventually discovered that it had briefly over-expanded higher education.' Money ran out, and a new generation moved in who wanted change.

You can watch a film I made based on my own response to the sixties precinct area of the university campus, including the area around the Roger Stevens. Here is part of the abstract for the film by way of explanation. The link to the film is below it: "This 3 minute film is an acoustic psychogeographical response to the area called the precinct and features two of the most impressive buildings of this era."

Film: The Sound of the Sixties: Chamberlin, Powell and Bon