Of Revolutionary Dogs and Radical Knitwear: The University Strikes (Part 1) 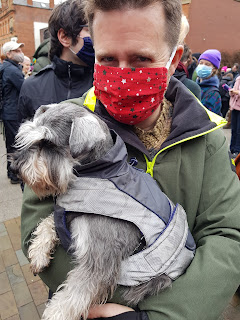 This week, on the 1st to 3rd of December, the UK University and College Union (UCU)  strikes took place. We, that is human and non-human animals, were on the picket line representing all university teaching staff in our demands to university leaders and management to improve our working conditions. You can find out about the UCU Four Fights protest here. 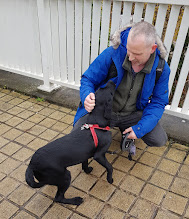 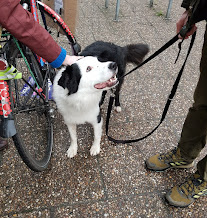 I was out in Manchester with my colleagues, and I did my best to get as many photos from different picket lines as I could (you can see these at the end of this post), but this post is a light-hearted one about the gorgeous bobbins I met during the strike (and their lovely human-animal carers), along with some enchanting knitwear. I plan to do a follow-up post on the banners I photographed, and the other groups that supported us. 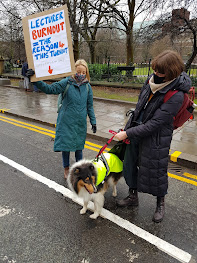 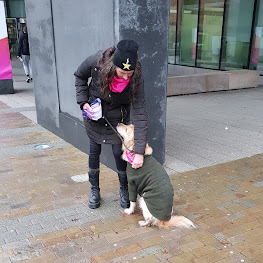 I've been on university picket lines before and, anticipating meeting some revolutionary dogs, I took my gloves along so that I could stroke them (I'm allergic). Included above is a selection of the lovely bobbins. There were also revolutionary babies, but one has to get one's priorities right. There was also some novel knitwear. It's great that people put so much energy into making stuff for the strike: banners, armbands, and so on. The first image is from the picket line at the Faculty of Arts at The University of Manchester, first thing on Weds 1st, next to that Umit is sporting a fabulous armband knitted by a friend. 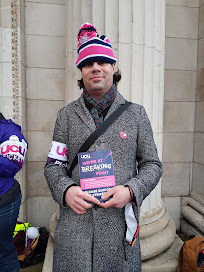 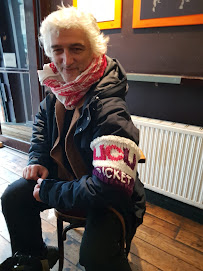 I quite like the branded union knitted hats. Quite a few people had the pink ones. Below, while this isn't knitwear, someone had come across a UCU mask somewhere and, on the right, Kathy (our very own union rep and one of the supervisors on the picket lines) is wearing some super knitted gloves. 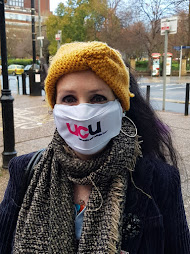 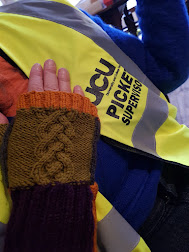 It was great to meet so many people and all the folks featured here were happy to allow me to use their photos for my blog (sorry all your names aren't featured). The next post will be about those supporting the strikes who were from outside the university - both local and national organisations - and of course, the fabulous students who supported us too, who were remarkable and really lifted our spirits with their music and cakeage!
The following images are from a variety of Manchester-based picket lines, with a note of where they were located: 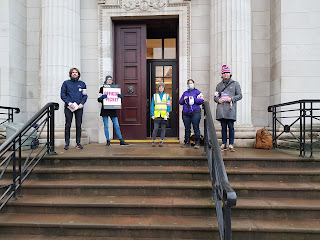 University of Manchester, Faculty of Arts 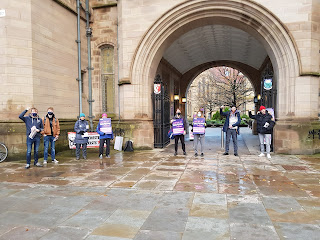 University of Manchester, The Queen's Arch 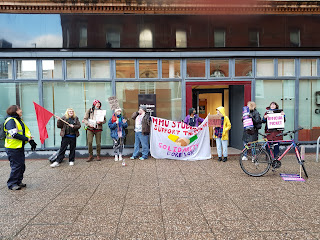 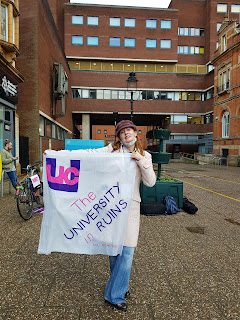 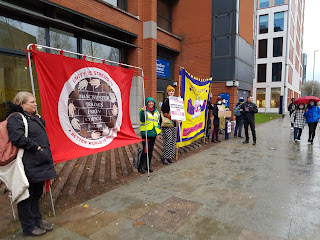 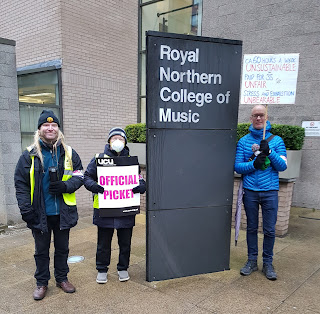 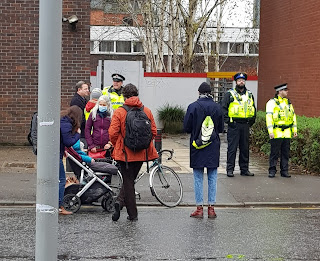 The Rozzers (not picketing, but keeping an eye on any potential seditious behaviour)...
...near the Business School, Manchester Metropolitan University

Posted by Particulations at 16:40 No comments: